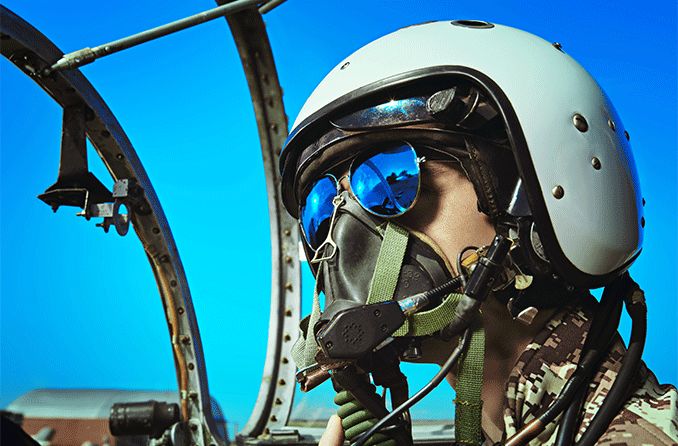 What sunglasses does Tom Cruise wear in Top Gun: Maverick?

Ray-Ban Aviators were created in the 1930s as pilot sunglasses to help shield aviators' eyes from the glare of the sun above the clouds. Over the years, Ray-Ban Aviators became an American icon, often spotted on celebrities from Audrey Hepburn and James Dean to Michael Jackson and Madonna. 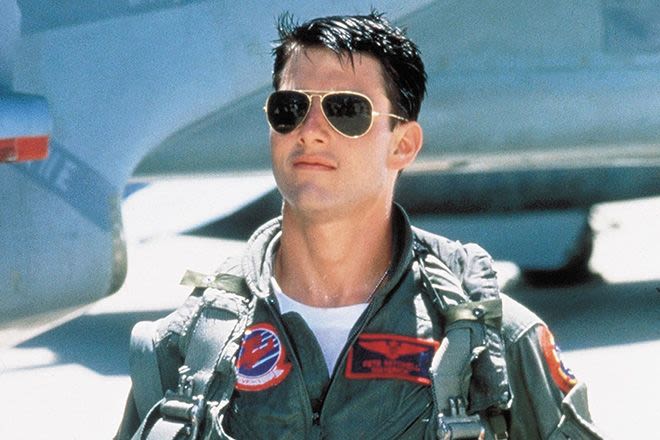 So Ray-Ban Aviators were a natural fit for a movie about fighter pilots. In the 1986 blockbuster movie "Top Gun," Tom Cruise wore the same style of aviators that he wears in the 2022 movie "Top Gun: Maverick." Thanks to the popularity of the original "Top Gun" movie, both sunglasses sales and interest in military aviation took off.

The movie "Top Gun" is based on the U.S. Navy's Strike Fighter Tactics Instructor Course, also known as TOPGUN, at the Navy Fighter Weapons School. The school opened in California in 1969 to better train fighter pilots for combat in the Vietnam War. It became famous thanks to "Top Gun," and Ray-Ban Aviators also got their moment in the sun.

Before starring in "Top Gun," Tom Cruise already had ties with Ray-Ban. He wore a pair of classic Ray-Ban Wayfarers in "Risky Business," the racy teen comedy that came out three years earlier in 1983.

The original "Top Gun" movie sent sales of Ray-Ban Aviators soaring. The brand reportedly saw sales skyrocket by 40% after the movie’s release — higher than an F-14 fighter jet with Maverick in the cockpit.

Who is Tom Cruise's Maverick?

Maverick is known for doing daredevil stunts in the air, playing volleyball in his free time, and for wearing Ray-Ban sunglasses. In the 1986 movie, his wingman is Nicholas "Goose" Bradshaw, a fellow fighter pilot who also wears aviators.

In the new Top Gun movie, Maverick returns to the Top Gun school as a flight instructor, still sporting his iconic aviators and the same edgy style from the original "Top Gun" movie.

Tom Cruise sunglasses: Where to buy

The best place to buy Tom Cruise's "Top Gun" aviators is the Ray-Ban website. They offer a huge selection of aviators, including the style and color combination Tom Cruise wears in "Top Gun: Maverick" and in the original .

Ray-Ban also sells a variety of other styles of sunglasses, including the ones worn by other characters in "Top Gun: Maverick." For example, you can buy Ray-Ban Shooters or Ray-Ban Caravan Aviators.

If you normally wear glasses for vision correction, you can also get Ray-Ban prescription sunglasses. In fact, you can buy Ray-Ban Aviator Classics with prescription lenses.

READ MORE: Aviator sunglasses: How do you wear them?

The importance of UV protection and quality sunglasses

Wearing quality sunglasses is just as important for you as it is for a fighter pilot.

That's because the ultraviolet (UV) radiation from the sun can hurt your eyes and the surrounding skin, possibly leading to cataracts, eye growths and skin cancer around the eyes. Wearing a pair of quality sunglasses, even on cloudy days, can help keep your eyes healthy.

Choose sunglasses that offer 100% protection from the sun's UVA and UVB rays. To cut down on glare, look for sunglasses with polarized lenses. Much like the glare pilots face while in the cockpit, glare reflected off water and other surfaces can make it hard to see clearly.

If you want prescription sunglasses, ask your optician what lenses and lens coatings will work best for your needs. No matter what sunglasses you get, make sure they will protect your eyes anytime you're in the sun, whether you're flying, driving or just lounging by the pool.

The sun, UV light and your eyes. American Academy of Ophthalmology. June 2020.