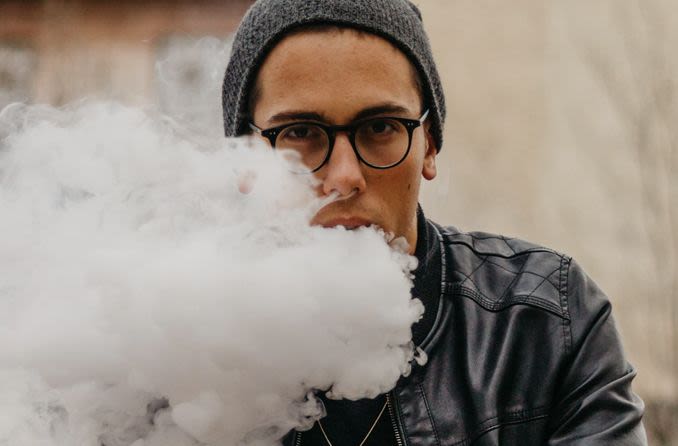 With 18 deaths and more than 1,000 cases of a mysterious lung disease linked to vaping, the damaging health effects of e-cigarettes are in the news nearly every day.

Now eye care professionals are sounding the alarm: Vaping may damage your vision.

Vaping involves inhaling the aerosol, or vapor, from e-cigarettes as well as vape pens and similar devices, according to the Center on Addiction.

Vaping liquid contains nicotine, flavoring and other chemicals, but not tobacco. Some users also vape synthetic drugs or THC, the high-inducing ingredient in marijuana.

How vaping may affect your vision

A small-scale study published in September 2019 in the journal Optometry and Vision Science suggests vaping is not kind to our eyes. 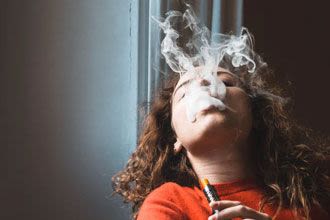 In the study, researchers found moderate to severe cases of dry eye and lower-quality tear film among 21 vapers compared with 21 healthy non-vapers.

The researchers recommended additional studies “to gain a deeper understanding” of the relationship between e-cigarettes and eye health.

A previous study, published in 2017 in the journal Frontiers in Physiology, noted that some flavor additives in e-cigarettes contained chemicals that could produce oxidative stress (a key factor in the development of chronic diseases) and inflammation.

Both oxidative stress and inflammation could harm the eyes, the American Optometric Association says.

Worth noting: A commentary published in 2018 in the same journal maintains that this study overestimated the health concerns associated with e-cigarette flavorings.

HAVE YOU NOTICED ANY CHANGES IN YOUR VISION? Find an eye doctor near you and schedule an appointment.

Dr. Rohit Varma, director of the Southern California Eye Institute at CHA Hollywood Presbyterian Medical Center in Los Angeles, believes the vapor from e-cigarettes is just as dangerous to your eyes as the smoke from regular cigarettes.

Why? The substances inhaled are toxins that have systemic effects.

Varma says the eye health risks tied to vaping stem from the chemicals that are emitted, including formaldehyde, nicotine and diacetyl (which is found in some e-cigarette flavoring).

Because some of these chemicals are also found in cigarettes, they could cause the same types of vision problems as cigarette smoking.

In fact, Varma observes that the overall risk of vision loss might be up to four times greater for vapers than non-vapers, based on the American Optometric Association’s declaration that cigarette smokers face much greater odds of developing macular degeneration — a sight-threatening disease — than nonsmokers.

“Although there have been no long-term studies to assess the effects of vaping on the eyes, it can be safely presumed that vaping creates noxious fumes that irritate the surface of the eye,” says Dr. Tanya Khan, an ophthalmologist in Austin, Texas.

Khan recommends that people avoid vaping to safeguard their vision and their overall health.

CDC advises against vaping and e-cigarettes

Until all the health effects of vaping are fully explored, the U.S. Centers for Disease Control and Prevention (CDC) advises against using e-cigarettes and other vaping devices.

“If someone persists with vaping, I would consider wearing protective eyewear to help block some of the vapor absorption, as well as using artificial tears and ointment to help lubricate the surface of the eye,” Khan says.

Vision risks from vaping and smoking

She adds that optometrists also are advising patients seeking to quit smoking that “e-cigarettes are not the answer.”

The primary agent in traditional cigarettes and e-cigarettes is nicotine, a highly addictive substance, regardless of the delivery vessel. Vaping exposes the user to many toxic chemicals. The negative effects of these chemicals on systemic and visual health is not yet fully understood.

NEED TO GET YOUR EYES CHECKED? Find an eye doctor near you and schedule an appointment.

READ NEXT: How air pollution can affect your eyes

Sports vision skills you can practice at home

Ways on how to improve vision