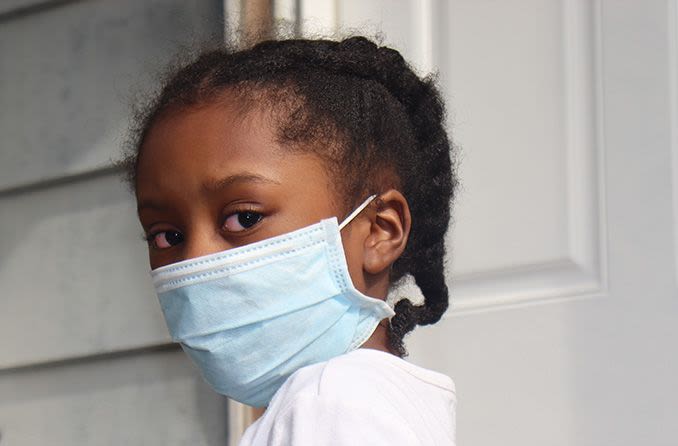 A mysterious illness with symptoms including red eyes and similarities to Kawasaki disease has struck children around the world who have been infected with the coronavirus that causes COVID-19 disease.

Most children recover from the mysterious illness, known as multisystem inflammatory syndrome in children (MIS-C), but in some cases it can trigger potentially fatal cardiac problems.

In some ways, MIS-C resembles other inflammatory conditions like Kawasaki disease and toxic shock syndrome.

Among other problems, MIS-C can cause red, irritated eyes — a condition called conjunctivitis, otherwise known as pink eye.

SEE RELATED: Eye problems that could be related to COVID

What is Kawasaki disease?

The Centers for Disease Control and Prevention (CDC) lists symptoms of Kawasaki disease which include irritation and redness of the eyes, fever, rash, swelling of the hands and feet, swollen lymph glands, and irritation and inflammation of the mouth, lips and throat.

The most prominent symptom of Kawasaki disease is a 101-degree to 104-degree fever that lasts four or five days. The existence of this disease without a fever has never presented in the literature. The symptoms and clinical presentation of Kawasaki syndrome and MIS-C are similar.

Kawasaki disease, which doesn’t have a known cause, affects about 7,000 children in the United States each year. As long as treatment isn’t delayed, most children recover from the disease within a few days. But if left untreated, the disease can create serious health problems.

The Texas Heart Institute (THI) explains that Kawasaki disease leads to swelling, or inflammation, of the body’s tissues and can cause inflammation of the heart and coronary arteries. This inflammation can lead to heart problems such as aneurysms and blood clots or even a heart attack.

For most children diagnosed with Kawasaki disease, the heart issues go away after five or six weeks, without any long-term damage, THI says. Fewer than 1% of children die from complications of the disease.

WORRIED ABOUT YOUR CHILD’S RED EYES? Find an eye doctor near you and schedule a virtual visit or in-office eye exam.

MIS-C also has similarities to toxic shock syndrome, which is a bacterial disorder.

Toxic shock syndrome is a rare, life-threatening complication of certain bacterial infections, according to the Mayo Clinic. Some of the symptoms are redness of the eyes, mouth and throat; high fever; low blood pressure; vomiting or diarrhea; and rash. The death rate for toxic shock syndrome is less than 5%.

It’s unclear how the novel coronavirus might be connected to Kawasaki disease or toxic shock syndrome.

‘If your kid is sick, call your doctor’

For parents who might be worried about multisystem inflammatory syndrome in children, Dr. Marco Zarbin gives this advice: Don’t jump to conclusions, and don’t come up with your own diagnosis.

“Don’t try to play doctor. If your kid is sick, call your doctor. Let the doctor guide you on what steps to take,” says Zarbin, chair of the Institute of Ophthalmology and Visual Science at Rutgers New Jersey Medical School.

Zarbin says that based solely on redness of the eyes, a parent shouldn’t conclude that their child has COVID-19 disease or any other illness.

“It’s not like playing a game of bingo where somebody calls a number and if you got that number, you win. Very rarely does medicine work that way,” he says.

Zarbin says MIS-C (or pediatric multisystem inflammatory syndrome) is showing up in children about six weeks after they’ve been exposed to the novel coronavirus, and the syndrome might result from having COVID-19. Children who contract the coronavirus often display only mild symptoms or no symptoms at all.

Red eyes are a symptom for many illnesses

“If a child has a red eye, I’d probably call the pediatrician first and then let the doctor guide me through a series of questions to figure out if there is anything else I need to worry about,” Zarbin says.

“The parents' job is to know when to pick up the phone. It’s not to know what’s wrong. They’re unlikely to be able to come to some conclusion about that,” he says. “But parents are very good at knowing when something is wrong.”

What Is a Stye, and What Causes Styes?

Controversial use of ivermectin for treatment of COVID-19

Eye problems that could be related to COVID

Should you have cataract surgery amidst COVID-19 concerns?