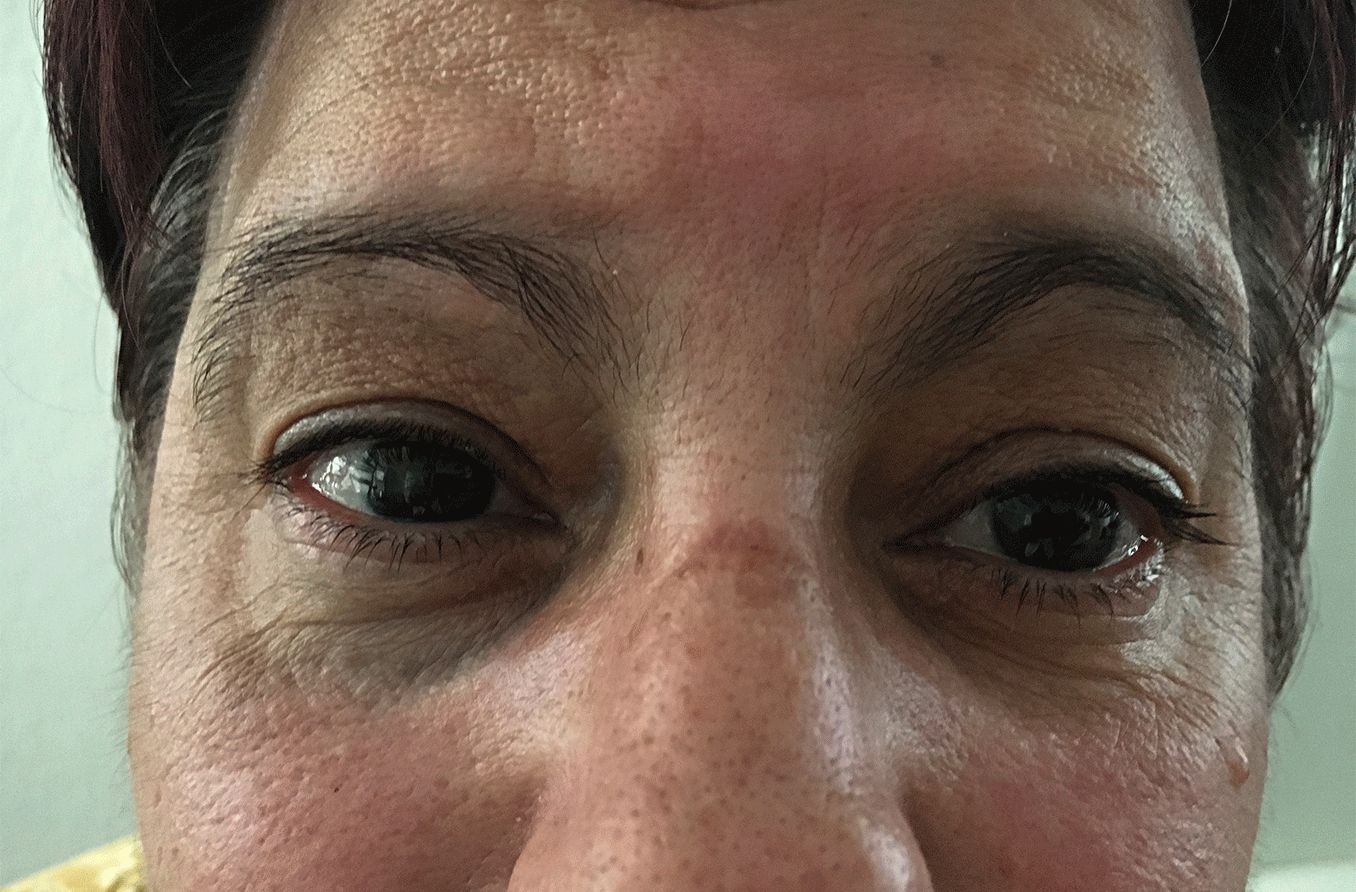 Nevus of Ota, also called oculodermal melanocytosis, is characterized by dark spots (called hyperpigmented lesions) on the face and one eye. It is a benign (non-cancerous) form of melanosis, which is a condition caused by an abnormal amount of melanin or other pigment-discoloring tissue.

The hyperpigmentation of a nevus of Ota lesion occurs due to melanocytes (pigment cells) becoming trapped deep in the tissue. When trapped, their color is affected.

Around 50% of people affected by nevus of Ota are born with it, while the rest develop it during their teenage years or adulthood.

Other conditions that feature hyperpigmented lesions are nevus of Ito and nevus of Hori. In nevus of Ito, lesions are present on the shoulder and upper arm. Nevus of Hori is distinguished by symmetric lesions most often located around the cheeks, nose and sides of the forehead.

Other than the presence of hyperpigmented lesions, nevus of Ota is usually asymptomatic. Occasionally, hyperpigmentation might also affect the inside of the nose and mouth. Sensory loss has been reported, but those cases are rare.

Hyperpigmentation can appear during puberty and adulthood in people who have nevus of Ota, even if it wasn’t present at birth. The lesions’ color ranges from brown to gray-blue to gray-black. More than 66% of patients with nevus of Ota have hyperpigmentation on the white of one of their eyes (the sclera). This is associated with an increased risk of glaucoma development.

Nevus of Ota usually affects one side of the face. The color depth of the lesion may appear different with changes in weather, fatigue or menstrual cycle. It is also common for the color to darken after puberty.

Nevus of Ota is most common in people of Asian and African descent. White people with nevus of Ota are at higher risk of developing malignant melanoma, however. Nevus of Ota affects women at a 5:1 ratio compared to men.

Researchers have yet to find a precise cause for nevus of Ota, but theories of possible causes include:

Conditions similar to nevus of Ota include:

Although it is unlikely, nevus of Ota can lead to complications. People with hyperpigmentation in the sclera are at a higher risk of developing glaucoma. About one in 400 individuals with nevus of Ota affecting the eye develop choroidal melanoma, a type of uveal melanoma.

Uveal melanoma is rare, but it is also the most common ocular melanoma (eye cancer) in adults that occurs inside the eye. Symptoms vary based on the location of the tumor, but the risk of metastasis (spreading to other body parts) exists regardless of its location within the uveal tract. It is most common in Caucasian adults in their 50s and 60s.

Uveal melanoma is serious, and early detection and treatment can be life-saving. You should contact an eye doctor if you notice any of the following symptoms or signs:

A condition outside the eye can sometimes increase the risk of developing cancer inside the eye. Because you may not be able to see the signs and symptoms, it is important to get yearly comprehensive eye exams.

Treatment for nevus of Ota can be divided into eye-related and skin-related:

A doctor will perform a comprehensive eye exam in order to determine the extent that nevus of Ota is involved with the eye. Glaucoma screening every year is recommended. They may also check for any uveal melanomas. If uveal melanoma is found, management will depend on its size and location.

The following procedures will likely be involved:

Laser surgery is often the primary cosmetic treatment for nevus of Ota. It will likely have to be repeated multiple times for the hyperpigmentation to be reduced or removed.

Some nonsurgical methods of treatment are:

You should talk with your eye doctor if you think you have nevus of Ota, even if you don’t notice any symptoms that indicate potential complications. That way, routine checkups can be scheduled to help prevent any complications from the condition.

Mongolian spots: How important are they? World Journal of Clinical Cases. November 2013.

Treatment of uveal melanoma: where are we now? February 2018.

Choroidal nevus: A hidden “freckle” in the eye

What does an eye freckle mean?