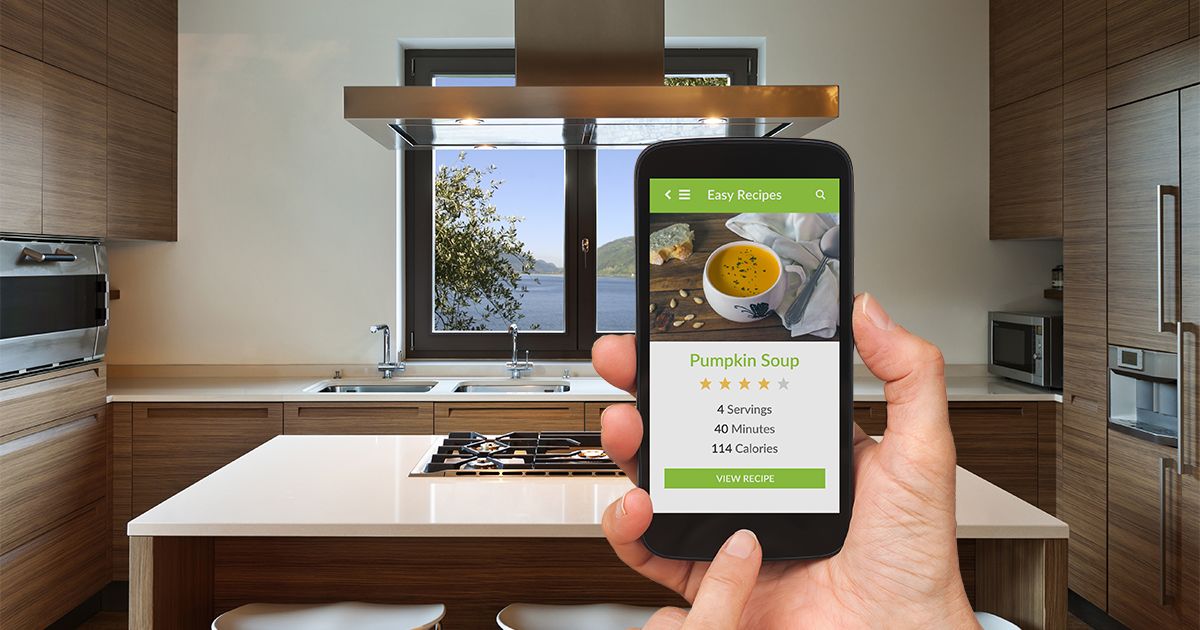 After cataracts began significantly affecting my night vision, I chose cataract surgery with implantation of a ReZoom multifocal IOL (Abbott Medical Optics) in my right eye and an AcrySof IQ ReSTOR multifocal IOL (Alcon) in my left eye. I chose to "mix" multifocal IOLs for several reasons, including:

Just before cataract surgery, I was highly myopic at -7.0 diopters (D) in my right eye and -6.0 D in my left eye. I had worn glasses for nearsightedness since I was 6 years old and could never see the "big E" on the eye chart without corrective lenses. With presbyopia (inability to focus at all ranges) and cataracts added to high myopia, my visual function was degrading rapidly.

My original outcome following cataract surgery was this:

I also had astigmatism in my right eye, which was corrected at the same time as cataract surgery with limbal relaxing incisions that slightly flattened the eye's surface. This procedure helped provide an excellent result in the ReZoom eye during the first year or so following cataract surgery. However, the astigmatism gradually returned.

In a follow-up eye exam about 18 months later, I had 20/25 distance vision in the left eye and 20/40 distance vision in the right eye — a loss of two lines on the eye chart, probably caused in part by the return of astigmatism. An eye doctor also told me that dry eye likely was a contributing factor in this loss of visual acuity.

About three years after surgery, I developed posterior capsular opacification (PCO) in both eyes — a delayed cataract surgery complication that can be easily resolved with a YAG laser capsulotomy.

This procedure uses laser energy to create a clear opening in the posterior portion of the eye's natural lens capsule, which is located just behind the IOL and is left intact during cataract surgery. PCO is clouding of this membrane, which can occur weeks, months or even years after cataract surgery. PCO can occur with any kind of intraocular lens, including multifocal IOLs.

After I underwent laser procedures for PCO, my eyesight improved to this:

More details related to how my vision has changed after cataract surgery appear in the two-year and four-year updates at the the bottom of this article. At this point, I remain a solid fan of mixing two multifocal IOLs to combine their strengths as long as your cataract surgeon agrees this would be a good approach.

Why Mix the ReZoom and ReSTOR Multifocal Lenses?

Not surprisingly, the two competing medical device companies that market these two multifocal IOLs think mixing them together is a bad idea. So do some cataract surgeons, based on discussions in professional journals.

But now that I've experienced these results, I fully understand why some cataract surgeons take this approach with qualified candidates. Each lens refracts light in a different way. Images are processed differently, depending on the way the "zones" are set up on each lens to enable an expanded range of clear vision, compared with that provided by conventional monofocal IOLs. This means that each lens performs differently in certain circumstances.

Benefits I've experienced from the two lenses include:

If you are considering cataract surgery with multifocal IOLs, you must be prepared for possible visual side effects associated with these lenses. These side effects can occur whether you choose the same multifocal IOL design for both eyes or a different brand for each eye.

For example, I see halos and mild starbursts around light sources at night.

These "light shows" gradually diminished in the months following my cataract surgeries. I can now drive safely at night, especially considering what I experienced with cataracts and the huge starbursts they caused around oncoming headlights.

I consider the minor halos and starbursts I now see at night an acceptable tradeoff for the expanded range of vision I have with multifocal IOLs. Also, my night vision since cataract surgery is significantly better in terms of seeing contrast and details.

My vision with multifocal IOLs also isn't perfectly sharp indoors in dim lighting. It's somewhat like taking a photograph with "available light" instead of using the flash — images are pretty clear, but the focus and definition aren't perfectly sharp.

Daytime distance vision is beyond excellent, however. I see better in the great outdoors than I ever have in my life, even in younger years. Details are intricate, from individually defined feathers on birds to the fine detailing of rock walls. I delight in being outdoors with my multifocal lenses, especially now that my bright color vision has been recaptured with the elimination of cataracts.

Near vision could be better, but it's acceptable. For example, I don't just automatically read tiny print. I need to adjust the distance first and then concentrate on reading extremely fine print. Regular reading is better, but requires adequate lighting. I would be out of luck trying to read a menu with fine print in a dark restaurant.

I may need computer glasses eventually, just for the additional clarity. But I'm giving adaptation a try before turning to any kind of "crutch" for now. I spend many hours in front of the computer, so obviously I've been able to manage with the vision I have without eyeglasses.

The main point here is that I'm seeing quite well at all distances, without needing eyeglasses. And I do believe that mixing multifocal IOLs is a good option for qualified candidates.

Had the two lenses not been mixed, I absolutely would have needed eyeglasses for reading fine print or for computer work. With this option, however, I can function comfortably and normally with the vision I now have — even if I never wear eyeglasses again.

About two years after my cataract surgeries, I began experiencing fluctuating blurry vision, which prompted me to schedule a follow-up visit with a local ophthalmologist who also is a cataract surgeon.

These outcomes still are considered very good, but my vision clearly had declined from the excellent results recorded two years previously.

Because the clarity of my vision fluctuates, I thought I might have a delayed cataract surgery complication called posterior capsular opacification (PCO) or "secondary cataract." But examination revealed both my eyes were mostly clear of this type of problem. My retinas also looked healthy.

This makes sense, because I live in one of the driest areas of the United States. I also spend many hours in front of the computer, which certainly can contribute to dry eye.

A healthy cornea and tear film are important for sharp vision, particularly when you have multifocal IOLs. So my eye doctor suggested that I take flaxseed oil orally, and use lubricating eye drops. I noticed significant improvement within a week — and now wish I could take those eye tests over again!

However, one lingering problem that cannot be corrected so easily is the return of almost one diopter of astigmatism in my right eye. While I had limbal relaxing incisions (LRIs) to flatten the cornea and rid that eye of astigmatism, the procedure did not last. So I always will have slight blurry vision in my right (ReZoom) eye now, due to astigmatism.

I do now use over-the-counter reading glasses for working at intermediate distances on my laptop computer. But most of the time, I still do not need to wear eyeglasses at all. Again, this is considered an acceptable outcome.

I also still have night vision problems including glare and halos, but these distortions are not severe and do not impede driving ability. Also, these visual distortions declined during the past two years as I adapted to seeing through multifocal IOLs.

Knowing what I now know, would I again choose to mix multifocal IOLs if I had cataract surgery today? Yes, I would.

Though the ReZoom multifocal IOL is no longer available, newer multifocal IOLs have been introduced that may produce even better results — including new versions of Alcon's AcrySof IQ ReSTOR multifocal IOL and the Tecnis Multifocal IOL offered by Abbott Medical Optics (AMO).

These newer multifocal IOLs may improve contrast sensitivity and reduce the risk of night vision problems, compared with the multifocal lenses that were available to me back in 2007 when I had my cataract procedures performed.

Of course, I first would consult with my cataract surgeon for advice as to which presbyopia-correcting IOLs or combination of multifocal IOLs would be the best choice for my specific needs.

The laser treatments for PCO that I underwent approximately three years after my cataract procedures improved my eyesight (except for the loss of one line of near visual acuity in my right eye).

Also, I have been regularly taking flaxseed oil orally to help control dry eye. My vision fluctuates in extremely dry, windy weather, so I definitely blame this on sporadic problems with dry eyes.

Again, at this time I am happy with my vision while being somewhat disappointed in the return of astigmatism in my right eye, which has caused some blurring. Before this happened, the ReZoom multifocal IOL had distinct strengths that no longer are as evident, such as reasonably good intermediate vision and extremely sharp distance vision.

I still see some halos and glare at night, but I absolutely think the ability to see reasonably well at most distances has been well worth the tradeoff. I have extremely good near vision in my left eye, and I greatly value my ability to read fine print without glasses.

I definitely will consider a procedure to correct astigmatism in my right eye at some point in the future. I don't want to undergo LASIK for astigmatism, partly because I have somewhat of a problem with dry eyes. For now, I'm watching to see what happens as new technology develops.

Are You a Candidate for Mixing Multifocal Intraocular Lenses?

If you are a perfectionist, hard to please and have been satisfied with the vision (corrected or uncorrected) you have currently, you might not be a good candidate for multifocal intraocular lenses. You must be prepared for somewhat of a tradeoff, with the understanding that you are unlikely to fully recapture the kind of vision you had as a 20-year-old in exchange for potentially being able to see at all distances.

Remember that surgical outcomes vary, sometimes depending on surgeon skill and experience. Make sure you discuss with your eye surgeon all options that are available to you, as well as potential problems and complications. Be sure that you know what additional payment might be required if you need an enhancement, such as LASIK, following a multifocal lens implant.

The type of vision errors you have and your basic eye health also will determine whether you are a good candidate for mixing multifocal intraocular lenses. Keep in mind that all eye surgery has risks, some of them sight-threatening in rare cases.

What is Cataract Surgery?