Lazy eye — also called amblyopia — is a vision development disorder where an eye is incapable of attaining normal visual acuity, even with eyeglasses or contact lenses, despite no apparent eye injury or disease.

Amblyopia typically starts in infancy or early childhood and generally occurs only in one eye; but in some cases, both eyes may be affected. The most common cause of lazy eye is an eye alignment problem called strabismus — misalignment of the eyes that prevents both eyes from being used equally. 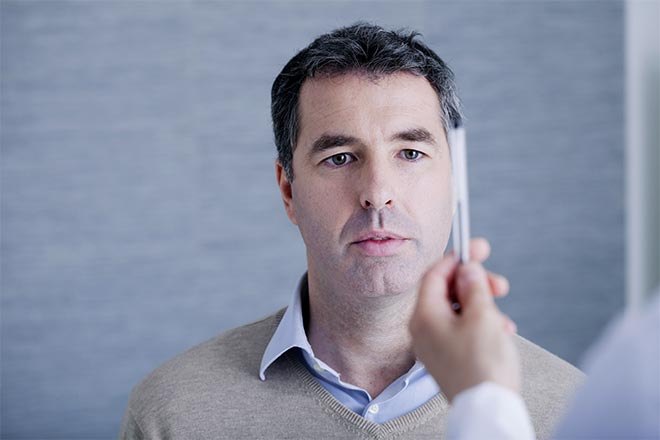 The primary cause of lazy eye is strabismus. In some cases, the misalignment of the eyes is barely noticeable to others. But lazy eye does affect vision.

However, the older a person with amblyopia becomes, the less likely it is that cataract surgery will fully restore vision in a lazy eye. But it's possible there may be some noticeable improvement in vision in an amblyopic eye after surgery. It depends on how much of the visual impairment in the affected eye is due to amblyopia and how much is due to the cataract.

Recent studies of the plasticity of the human brain have suggested that vision therapy, strabismus surgeryand other measures (including cataract surgery) may be able to make some improvement in the visual acuity of an amblyopic eye in adults. Still, early intervention in childhood is much more effective in improving vision in a lazy eye.

Are There Different Types Of Cataract Surgery?

Can Cataracts Cause Blindness?

Can Cataract Surgery Be Redone?

Can I Have Cataract Surgery After LASIK?

Can I Have Cataract Surgery If I Have Glaucoma?

Can I Have LASIK After Cataract Surgery?

Can I Have LASIK If I Have Cataracts?

Does Cataract Surgery Cause Dry Eyes?

What Happens If Cataracts Are Left Untreated?

What Is A Secondary Cataract?

When Should Cataract Surgery Be Avoided?

Will I Need Glasses After Cataract Surgery?