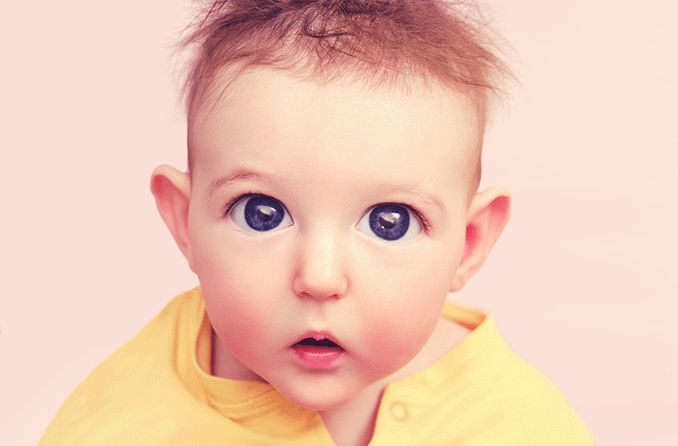 Megalocornea is a rare condition in which the diameter of the cornea (the clear layer at the front of the eye) is larger than normal. The condition is present at birth and is more common in males than females. It may be isolated or accompanied by other symptoms.

The condition is usually bilateral and symmetrical. This means both eyes are affected equally. Megalocornea is also non-progressive, meaning it should not worsen or change over time.

Though the diameter in megalocornea is large, other features like corneal thickness, steepness and clarity are usually normal. Intraocular pressure is also within normal range.

There is no cure or treatment for the anatomical defect of megalocornea. However, there are methods to treat and manage complications associated with the condition. These complications can include refractive error, lens dislocation, retinal detachment and glaucoma, among others.

A mutation in CHRDL 1 causes the anterior segment of the eye to be enlarged (anterior megalophthalmos). Experts have developed a few theories on why this enlargement occurs.

The CHRDL 1 gene codes for a protein called ventropin. Ventropin helps regulate the production of bone morphogenetic proteins (BMPs). These proteins are involved in corneal growth.

A mutation in CHRDL 1 causes an absence of ventropin and leads to unregulated corneal growth. This causes a delay in optic cup fusion — an important process that occurs during embryo development. The delay in fusion gives more time for corneal growth, which results in a larger-than-average cornea and anterior segment.

Megalocornea can also be caused by an autosomal mutation. This means the mutated gene is located on a numbered chromosome, not a sex chromosome (X or Y).

There are other less common theories behind what could cause megalocornea. These include:

SEE RELATED: Corneal disease: A guide to conditions and treatments

When there are other findings besides megalocornea, it’s likely because an underlying condition is present. In this case, megalocornea is part of a syndrome rather than its own isolated condition.

Some conditions associated with megalocornea include:

Signs and symptoms of megalocornea

The main sign of megalocornea is having corneas with larger-than-normal diameters.

Internal structures of the eye may look different to compensate for the larger cornea. These changes include:

Other signs and symptoms may include light sensitivity and cornea globosa (misshapen cornea). If complications of megalocornea arise, related symptoms may be experienced.

For example, if cataracts develop as a complication of megalocornea, you may have blurred or cloudy vision with glare and halos around lights.

In some cases, megalocornea may not have any effect on vision. However, it’s possible for complications of varying degrees to occur. These complications may include:

Refractive errors are imperfections within the eye that affect how it focuses light, which results in blurry vision. Two refractive errors that may develop as a complication of megalocornea are myopia and astigmatism.

Myopia, or nearsightedness, is a condition in which distant objects appear blurry while close-up objects are clear. It occurs when light entering the eye falls in front of the retina rather than directly on it.

Astigmatism is caused by irregularities in the shape of the cornea or lens. The irregularities cause incoming light to scatter instead of focus on the retina. This produces a fuzzy or distorted image, and can affect the ability to see clearly at near and far distances.

Lens dislocation occurs when the lens of the eye becomes displaced from its normal location. If the lens is subluxed, it means it’s partially displaced, but still in the lens space. With a luxated (dislocated) lens, the lens is completely detached and floating freely elsewhere in the eye.

When the lens becomes displaced, a condition called iridodonesis may occur. It’s characterized by the iris vibrating during eye movements. This results from the lens detaching from its suspensory ligaments.

Retinal detachment is a condition in which the retina is pulled away from its normal position at the back of the eye. This usually occurs due to age or eye injury.

This is a medical emergency and should be treated promptly to avoid vision damage or loss.

Arcus juvenilis describes a condition called arcus senilis when it occurs in babies and young children. Arcus senilis is a condition in which a white, light gray or bluish ring appears around the edge of the cornea. The ring is made up of fatty lipids (cholesterol).

The condition is usually asymptomatic and does not affect vision; however, a doctor will need to check for any underlying conditions.

SEE RELATED: Cornea transplants: What to expect from keratoplasty

Corneal dystrophy describes a group of eye diseases that involve abnormalities in the cornea. A few of these eye diseases include keratoconus, Fuchs’ dystrophy and lattice dystrophy.

It’s possible to have no symptoms associated with corneal dystrophy, but most types worsen over time and can cause vision loss.

Glaucoma is a disease characterized by high intraocular pressure that ultimately damages the optic nerve. It occurs when eye fluid (called aqueous humor) is produced more quickly than it can be drained, which raises pressure within the eye.

The condition can be sight-threatening, but it’s treatable with different prescription medications.

A cataract is a clouding of the eye’s lens that can interfere with vision. It’s caused by the breakdown and clumping of proteins in the lens, which happens naturally with age.

If left untreated, cataracts can cause vision loss. Fortunately, cataract surgery is very common and widely available for patients who need it.

There is no treatment for the anatomical defect of megalocornea. Rather, treatment and management refer to the issues that can stem from the condition.

If megalocornea is an isolated case, the most common treatment needed is for refractive errors. This can typically be done with corrective lenses. Managing the condition requires regular eye exams that allow your eye doctor to track potential problems like glaucoma or cataracts.

In the case of cataract surgery, patients with megalocornea may require a special intraocular lens, and special precautions may be needed to allow for a successful outcome.

Megalocornea that is a symptom of an underlying condition will likely require more attention and treatment than an isolated case. Discuss any concerns with your doctor, who can advise you on the best treatment for your situation.

Prognosis for megalocornea depends on whether it’s associated with another disease. If another condition is responsible for your megalocornea, it’s best to research the details for that particular disease.

However, if isolated, the prognosis for megalocornea is positive. As long as the proper correction and treatment are taken, people with the condition can live life with clear vision.

What are the different ways a genetic condition can be inherited? MedlinePlus. April 2021.

About Down syndrome. National Down Syndrome Society. Accessed August 2022.

What is iridodonesis? News Medical. March 2019.

What is arcus senilis? American Academy of Ophthalmology. April 2019.

Corneal disease: A guide to conditions and treatments

Cornea transplants: What to expect from keratoplasty

Corneal abrasions: How to treat a scratched eye