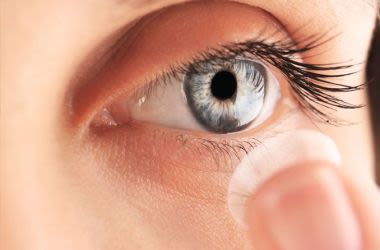 "Myopia control" is the term used to describe specific treatments to slow the progression of nearsightedness in children.

Myopia control measures typically are prescribed by an eye doctor (an optometrist or an ophthalmologist).

Myopia control is important because it may help reduce the risk of vision-threatening complications associated with high myopia later in life — including glaucoma, cataracts, retinal detachment and even blindness.

Atropine eye drops commonly are used to reduce the pain associated with certain types of eye inflammation. They also relieve focusing fatigue by dilating the pupil and temporarily limiting the eye's ability to automatically change focus (a process called accommodation).

The effect atropine has on accommodation may be what accounts for its effectiveness in also reducing the progression of myopia in children. Some studies have shown that atropine is the most effective way of controlling myopia, and that its use can reduce myopia progression by up to 77 percent.

Multifocal contact lenses are primarily designed to provide clear vision at all distances for people who have refractive errors (nearsightedness, farsightedness and/or astigmatism) and also are experiencing the normal age-related loss of near focusing ability called presbyopia.

But multifocal contacts also can help slow the progression of myopia in some children. One recent two-year study found that nearsighted children who wore multifocal lenses on a daily basis had a 50 percent reduction in the progression of their myopia when compared with similarly nearsighted children who wore regular soft contacts for the same period.

Multifocal eyeglass lenses work similarly to multifocal contacts to help wearers with presbyopia see clearly at all distances. They also have been shown to slow the progression of nearsightedness in children.

Also known as "corneal reshaping lenses", ortho-k contact lenses are specially designed gas permeable contacts that are worn only at night during sleep. In the morning, the lenses are removed and the temporary correction is good enough so corrective lenses are not needed during the day.

One two-year study of nearsighted Chinese children (ages 6 to 10) found that ortho-k contact lenses reduced lengthening of the eyeball (a key factor in myopia progression) by 43 percent compared with matched children who wore regular eyeglasses for myopia correction during the study period.

To learn more about nearsightedness and myopia control, schedule an eye exam with an eye doctor near you.