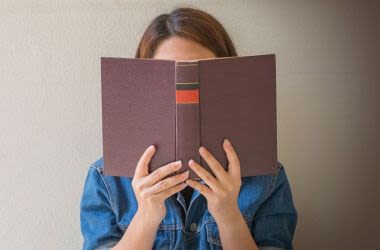 It's unusual, but a person can indeed be nearsighted in one eye and farsighted in the other. There are two medical terms used to describe this condition: anisometropia and antimetropia.

Anisometropia is the condition where the two eyes have significantly different refractive (light-bending) powers. If your eye doctor says you have anisometropia, the lens power for one eye on your eyeglass prescription usually will differ from the lens power for the other eye by two diopters or more.

In anisometropia, both eyes may be nearsighted, both may be farsighted, or one eye is nearsighted and the other is farsighted — a more specific condition called antimetropia.

Though antimetropia technically is the more accurate term when describing one eye being nearsighted and the other being farsighted, many eye doctors choose to use the term anisometropia for this condition.

A person with anisometropia or antimetropia will see noticeably unequal blur in the two eyes at different distances. Also, it’s common for uncorrected anisometropia to cause poor depth perception, headaches, dizziness and even nausea.

In many cases, the brain will quickly learn to favor the eye with less refractive error to reduce these symptoms, which can result in the development of amblyopia in the other eye.

When unequal refractive errors are corrected with eyeglasses, a person with anisometropia will notice that objects seen by one eye will look larger or smaller than the same objects viewed by the other eye. This difference in image sizes is called aniseikonia. This, too, can cause problems with depth perception, headaches, dizziness and visual discomfort.

Early diagnosis and treatment of anisometropia are critical so the brain doesn't ignore the weaker eye and cause irreversible amblyopia. Routine children's eye exams for kids in preschool and elementary school are essential to rule out anisometropia and insure normal visual development.

Because eyeglasses often aren't a good solution for the correction of being nearsighted in one eye and farsighted in the other, contact lenses typically are the treatment of choice. This is true even for young children.

Since contact lenses are very thin and rest directly on the surface of the eye, they cause little or no aniseikonia and provide more comfortable, natural-appearing vision than eyeglasses.

LASIK is another good option to correct significantly dissimilar refractive errors in the two eyes and avoid aniseikonia. However, this option should be considered only after the refractive errors (particularly the nearsightedness) are stable — generally after age 20.