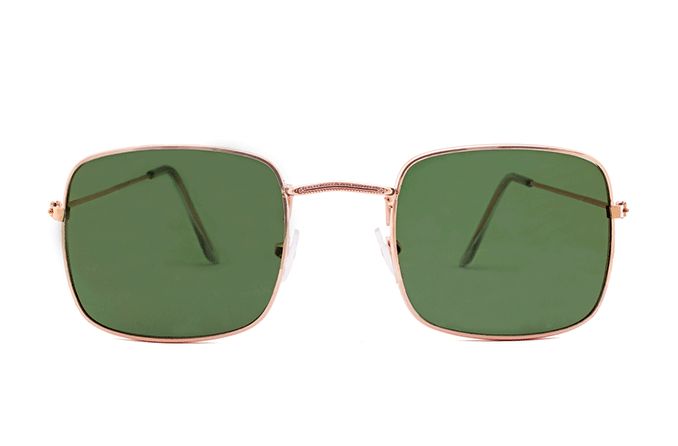 Movie stars have always been a source of inspiration when it comes to fashion. It’s not long after a celebrity is seen wearing a specific pair of shoes or carrying a certain handbag that the brand’s sales skyrocket.

The same can be said for sunglasses. If an actor looks particularly cool in a pair of shades, like in the Kabir Singh movie, viewers will naturally want to recreate the look.

Who is Kabir Singh?

Kabir Singh is the title character of an Indian Hindi-language romantic drama released in June 2019. The film stars Shahid Kapoor, who plays a self-destructive surgeon (Kabir Singh) that struggles with alcohol and drug abuse to numb the heartbreak of a failed relationship.

Though the film itself received mixed reviews among its audience, there was a key feature that caught the attention of many: Kabir’s sunglasses.

Throughout the film, Kabir is seen wearing square-shaped, metal-framed sunglasses to hide the telltale signs of his substance abuse. Since the movie’s release, his steampunk-style sunglasses have gained significant popularity.

The style of sunglasses Kabir wears in the movie is called gladiator sunglasses. They have square-shaped frames that are a little wider across the top (near the brow) than they are at the bottom (near the cheek), similar to aviator glasses.

The gladiator sunglasses have gold metal frames with a subtle black inlay that borders the dark lenses. The arms of the sunglasses (the parts that go around the ears) are made with a sturdy, stiff metal.

Kabir Singh’s sunglasses have a strong resemblance to the Frank Legend frames from Ray-Ban. Like aviators, both styles have a cool, masculine simplicity that make either an easy choice for any occasion.

Where to buy Kabir Singh sunglasses

If you’re wanting to look as suave as Shahid Kapoor in “Kabir Singh,” you’ll be happy to know the sunglasses are available for purchase online.

The official Kabir Singh sunglasses are sold on Faadu.in. The site is catered toward “alpha men” and offers watches and other accessories in addition to sunglasses.

Faadu sells the sunglasses in silver or gold metal frames for ₹1,250. While the glasses have over 2,700 reviews and a 4.5-star rating, lens information (including UV protection) is not provided.

Frank Legend sunglasses from Ray-Ban, which resemble the gladiator shades, come in several frame and lens colors for ₹9,590. Polarized lenses are available at an additional cost and offer some UV protection, although the exact amount isn’t disclosed.

If low cost is your priority, you can find some pretty convincing look-alike sunglasses on Amazon for ₹349. The style comes in various lens and frame colors, and all lenses block 100% of UV rays.

When shopping for sunglasses, it’s important to look for lenses with 100% UV protection, or UV400 lenses. This means the lenses are effectively protecting your eyes from the sun’s harmful rays.

In fact, wearing sunglasses without UV protection is actually worse for your eyes than wearing no sunglasses at all.

When you’re not wearing any sunglasses in bright, sunny weather, your pupils will naturally constrict (get smaller) to only allow a small amount of light into the eye. When you put on sunglasses, the brightness is dulled, so your pupils are able to dilate (get bigger) and allow more light in.

Sunglasses that provide shade to the eyes without UV protection put the eyes at a higher risk for damage because the pupils are tricked into dilating when they are vulnerable.

In most cases, if lenses have 100% UV protection, that information will be mentioned on the product itself (such as on a sticker on the lens) or included in the item description on the product website.

It’s possible to find quality sunglasses that replicate your favorite celebrity’s look and also protect your eyes. Doing some research and a little online shopping will help you find sunglasses that keep your vision safe and make you shine brighter than Bollywood’s biggest stars.

Myopia: Control, reduction and prevention to slow the progress in children

Progressive child myopia: Why myopia in kids is a concern