Power up your look with Iron Man glasses 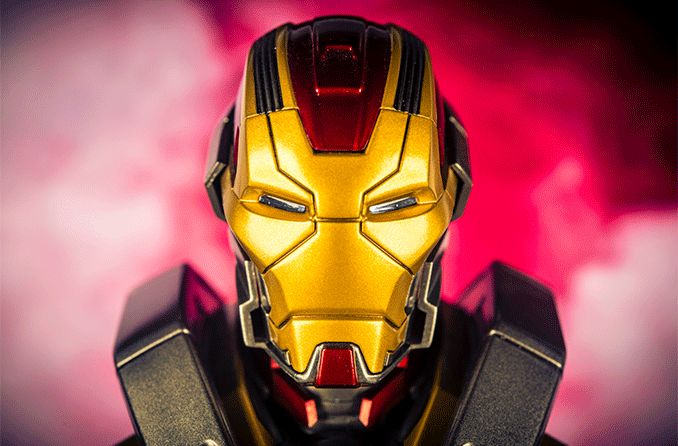 Nearly every superhero has a chosen weapon: Captain America has his shield, Thor has his hammer and the Black Panther has his vibranium spear.

While some heroes depend on their super strength or their ability to shoot webs from their wrists, Marvel’s Tony Stark relies on his intellect and innovation. One of the more enviable products of Stark’s genius was a pair of glasses that not only looked cool, but would eventually help save the Marvel universe.

Who is Tony Stark?

Anthony “Tony” Stark is a (fictional) self-professed “genius, billionaire, playboy and philanthropist” and the public counterpart to Iron Man. A brilliant mechanical engineer, Stark took over his father’s business at the age of 21 and turned it into a thriving corporation: Stark Industries.

While in Vietnam for equipment testing, an accident left a piece of shrapnel in Stark’s chest near his heart. He was then captured by a communist leader who saved his life but forced Stark to create weapons as repayment.

During his capture, Tony Stark worked with a physicist named Ho Yinsen. Together, Ho and Stark created a suit of armor with a chest plate equipped with a modified and miniaturized “Arc Reactor” to help power Stark’s heart, which was weakened in the accident. Tony used the armor to escape Vietnam and return to America, where he would eventually help assemble the Avengers.

While Iron Man doesn’t have superpowers, Stark’s knack for mechanics, technology and invention allowed him to create an armored suit that provided him with powers, including flight and super strength.

Tony Stark also provides resources for the Avengers, including a base camp, hideout locations, transportation and high-powered weapons. One of Stark’s most brilliant inventions was the E.D.I.T.H. glasses.

According to the Marvel Cinematic Universe fandom page, E.D.I.T.H. (Even Dead, I'm The Hero) is an augmented reality security, defense and artificial tactical intelligence system created by Tony Stark. The system was uploaded to a pair of glasses, which Tony Stark eventually arranged to pass down to Peter Parker in the event of his death.

The E.D.I.T.H. glasses, which are regularly worn by Iron Man’s alter ego, are classic aviator-style frames with light blue lenses. The lenses are framed in grey with silver metal hardware.

When Stark uses his infrared function — a tool that allows him to locate the enemy’s body heat through walls — the lenses of his E.D.I.T.H. sunglasses turn bright red.

Between the industrial look of the frames and the uniquely colored lenses, the E.D.I.T.H. glasses worn by Tony Stark in the Avengers movies are the perfect sunglasses to help you channel your inner hero.

Where to buy Iron Man glasses

The glasses worn by Iron Man (and, later, Spiderman) in the Marvel movies are DITA Flight 006 sunglasses in smoke grey/black palladium. You can also choose to have custom Avengers light blue-grey lenses added, so you’re wearing the exact Tony Stark sunglasses. However, if you want the real deal, you’ll have to pay the price — the sunglasses are between ₹39472 and ₹52629.

If you’re looking for a more budget-friendly option, SunglassesMart has a convincing pair of Iron Man imitation sunglasses for ₹999. The classic blue lenses, as well as the red lenses, are offered on this site and are certified UV400 lenses.

Those seeking the most convenient choice can look to Amazon for the perfect Tony Stark replica sunglasses. Both the red lenses and blue lenses are sold for ₹359 and offer UVA and UVB protection, although the exact amount is not specified in the product listing.

Before purchasing a pair of sunglasses, always make sure the lenses provide 100% UV protection, which is achieved with UV400 lenses. These lenses will effectively shield your eyes from sun damage.

It has been proven that wearing sunglasses without adequate UV protection can cause more harm to your eyes than having no sunglasses on at all.

If you’re outdoors without sunglasses, your pupils will react by constricting into tiny dots. This allows only a small amount of light into the eyes. However, when you shade your eyes with sunglasses your pupils will become bigger and allow more light in.

By wearing sunglasses without UV protection, you’re tricking your pupils into dilating and becoming more vulnerable to sun damage if the lenses do not include UV protection.

When you’re out shopping for sunglasses, the level of UV protection is usually displayed with a sticker on the lens of the sunglasses. If you’re shopping online, the product description should indicate whether the item offers UV protection and specify how much.

Just as the E.D.I.T.H. glasses help Tony Stark (and Iron Man) fight his enemies, a quality pair of UV400 sunglasses are your best defense against sun damage to your eyes. Sunglasses that offer appropriate protection are sure to help you save the day  — and your vision — in style.

Conjunctivitis linked to coronavirus, colds and flu: Protect your eyes