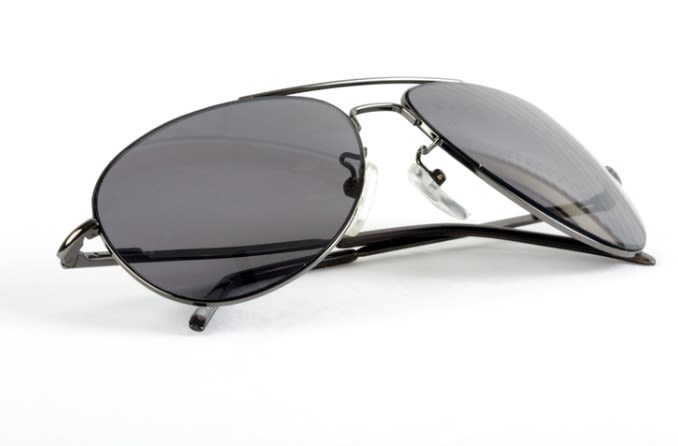 Salman Khan's fame is like a wildfire that binds billions of fans together. For the box office, his movies are blockbusters, and for fans, they are the major source of style inspiration. And interestingly, his sunglasses always find space in their collection.

Everything shines brighter in Khan's world. But, take a closer look and you see ― he is the masses' actor. His movies, his approach towards life, his fashion label, his sense of style, his sunglasses brand collections ― each and every thing about Khan is relatable. Unlike most Bollywood celebrities, Khan, popularly known as Bhai (brother) of Bollywood, likes to resonate with his fans. What appeals to millions about Khan's personality is how they can earn his style at an affordable rate.

He isn't just a star but an emotion, which makes him an even bigger name in the industry than many. His fashion sense is absolutely loved by his loyal followers. If you are one of his fans who is looking for a sunnies upgrade  ―  here are a few sunglasses brands that deliver Salman Khan's style.

Which brand of sunglasses does Salman Khan wear?

Watch Salman Khan’s movies, and you will notice a few things that have stayed constant with him since his inception in the film industry. His body-hugging shirts, a few pairings of jackets and blazers, special customised denim pieces, a stunning pair of sunglasses, the turquoise blue firoza bracelet, hoop earrings, tank tops — these objects are part and parcel of his on-screen characters.

Talk about Salman Khan, his sunglasses and the image of Chulbul Pandey (aka Robin Hood Pandey) from his superhit movie franchise Dabangg pops into your head. The masala entertainer became popular among the fans, and his style went on to become a rage. In the first installment, Khan wore aviators that had a reflection of hearts. The frames instantly took the fashion scene by storm. Aviators became a must-have in your collection. The craze of aviators didn't stop there; each installment of the movie saw Khan bringing the classic black-lense aviators back in trend.

Cashing in on the popularity of the sunglasses, Khan went the extra mile during promotions of Dabangg 3. He launched the first-ever Chulbul Pandey Filter on Instagram, Facebook and Snapchat.

Sharing a video of himself trying the filter, Khan wrote, "Apne Andar ke Chulbul Pandey ko jagaao with the special 'Dabangg 3' filters! #BeingChulbul." The filter featured the popular heart-shaped sunglasses. The motive behind launching the filter was to let the users enjoy the iconic look.

The actor is even seen sporting double-bridge aviators in the first look at his upcoming movie Antim, where he plays a Sikh policeman. In fact, now that we are talking about how aviators gained humongous popularity in India, a huge part of the credit goes to Salman Khan's cop character. When planning to pull a fearless and strong person like the star, just go for these sunnies.

Get the look: Ray-Ban aviator sunglasses are the ones Khan dons in the Dabangg franchise. The gradient sunnies encompass the teardrop shape and are among the most iconic models around the globe. The aviator frames were originally designed for U.S. aviators in 1937. The classic gold frames are available in 31 lense colours, give optimum visual clarity and 100% UV protection and are G-15 polarised. The lenses are beautifully toned, giving them a smooth effect. These are the glasses that have been part of the cult trend for ages. You can also go for Gucci's Brown Aviator Sunglasses that are synonymous with contemporary fashion. The sleek frames feature the brand's logo on both arms and are suave.

Salman Khan as Lovely Singh, the super-tough and efficient security person in the movie Bodyguard, is one of the most loved characters he has played alongside Kareen Kapoor. On one hand, the movie rides high on action sequences with SK performing impossible stunts. On the other hand, Khan gave us some hip sunglasses cues, making bold style statements throughout.

His latest movie, Radhe, opted for a hybrid-format, releasing both in theatres and streaming platform ZEE5. The movie had some massy moments but overall failed to impress the viewers. However, despite the lack of story in the script, Khan did manage to influence his fans with the choice of his attire and uber-cool sunglasses.

Khan's photo and video from Radhe on Instagram featured similar sunglasses to those from Bodyguard. The actor wore the classic oversized frame sunglasses, bringing back the fashion odyssey of the retro era.

Get the look: When looking for Bodyguard sunglasses, the brand Police offers the best option. The fashionable design frame sunglasses are made up of lightweight metal which is durable and hypoallergenic. The frames are non-slip, which prevents wobbling and also gives optimal protection. The lenses are available in multiple colour options. Another option comes from Tom Ford. The black and gold double-bridge frame sunnies are a beauty to own that you will don time and again. Lastly, you can also buy Linea Rossa oversized-frame sunglasses from Prada that have tinted frames and keep up with your street cred.

Yet another successful franchise, Tiger, featuring Salman Khan and Katrina Kaif, has been one of the highest-grossing Bollywood movies. One of the interesting things about Salman Khan movies is that fans don't watch them for story or direction but purely to watch him take down a huge army of nemesis single-handedly.

To put it simply, what Tom Cruise is to the Mission Impossible franchise, SK is to various action-thriller movies here. It's pure joy to watch him donning those amazing shades on his face and jumping in an action avatar, defeating everyone in one go. As impossible as it might be in reality, it is pure phenomenon and madness to watch it on the big screen. In the second installment, Tiger Zinda Hai, Katrina Kaif played Salman Khan's wife, and both were seen sporting some stunning shades.

Even during the fight sequences, the actor stays at the top of his style game. In the Tiger franchise, the actor has worn various sunglasses, but the ones that made everyone go bonkers were the blue reflector Wayfarers. If you don't have these bold-style sunglasses yet, you totally need to grab them.

Get the look: If looking for an exact match, check out Ray-Ban's mirrored Wayfarer. This pair injects high-street fashion into your accessory collection. The blue lenses are UV protected and are manufactured using polycarbonate. Saint Laurent also offers the same style of unisex sunglasses, which are a perfect blend of vintage and classic modern style. The sunglasses come in three bold colour choices which might not be your instant choice but surely deserve a chance. This one will instantly amplify your facial features and make heads turn.

One of Salman Khan's pre-pandemic releases was the movie Bharat. Based on the Korean movie Ode To My Father, the movie is a voyage of a common man from post-​Independence to the present. Every decade shown in the movie brings Khan in different shades and light.

To stay true to the timeline, special attention was given to the ensembles of his character, and every time, we see sunglasses changing with time and era. It wouldn't be wrong to say Bharat blends Khan's sunnies collection in one movie together like never before. While one can talk about many frames, the ones that netizens loved were the shield sunglasses from the Slow Motion Song that took us back to the ‘60s. They are uber-cool, shift everyone's focus to your face and, most importantly, they are evergreen.

Get the look: A true tribute to the ‘60s are the Versace stud-detail shield-frame sunglasses. These glamorous frames have sleek, gold-tone stud detailing, Medusa-head motif, logo-engraved arm, UV protective lenses and more that speaks volumes, making it an absolutely stunning addition. You can also try Tom Ford's stylish shield sunglasses. Made using premium quality material, the lenses promise optimum visual clarity. You also have a budget option from Ray-Ban that simply can be paired with everything.

An entrepreneur, fashion icon and a philanthropist

Salman Khan has a net worth of $350 million, as reported by Headlines of Today. He is an entrepreneur, producer, singer, painter, philanthropist and more. Khan has been one of the most trusted actors who guarantees a huge box office opening.

He is also a fashion icon who mostly wears his own label, 'Being Human'. The pocket-friendly brand is quite popular among the youth. But, the brand isn't just a clothing line. It falls under Being Human - The Salman Khan Foundation, a charitable trust that provides education and healthcare services to the underprivileged class in India.

Salman Khan, 55, is known for his philanthropy work. The actor serves the community and has given notable donations during the COVID-19 pandemic. The actor donated one lakh hand sanitisers to the Mumbai Police from his newly launched grooming brand FRSH. He also donated INR 1,500 each to 25,000 daily-wage workers of Bollywood amid the Covid-19 lockdown.

Khan also gave INR 3000 to the members of the All India Special Artists Association (AISAA). During the second wave, he with Zee Entertainment promised to donate a portion of the revenue from his last released movie, Radhe: Your Most Wanted Bhai, for COVID relief. They collaborated with GiveIndia for the relief work. The collected money was used to procure medical equipment such as oxygen cylinders, concentrators and ventilators.

The people’s actor is a true style icon with fans from both cities and villages. Since his 1989 movie Maine Pyar Kiya, the actor has been a true sunnies fan and has never failed to flaunt his love for the same on the big screen.

For over three decades in Bollywood now, the actor has been reviving sunglasses fashion, among which aviators certainly are one of his favourites. The actor will soon be seen in his upcoming movies, Antim: The Final Truth and Kick 2, and we bet there are more sunglasses inspirations coming our way.

For all those who resonate with Khan's persona and aim to achieve the same, you should begin with adding some of his shades to your fashion closet.

READ NEXT: Deepika Padukone's sunglasses: A look at one of Bollywood's best-dressed celebrities

Where to get a free eye test and free glasses