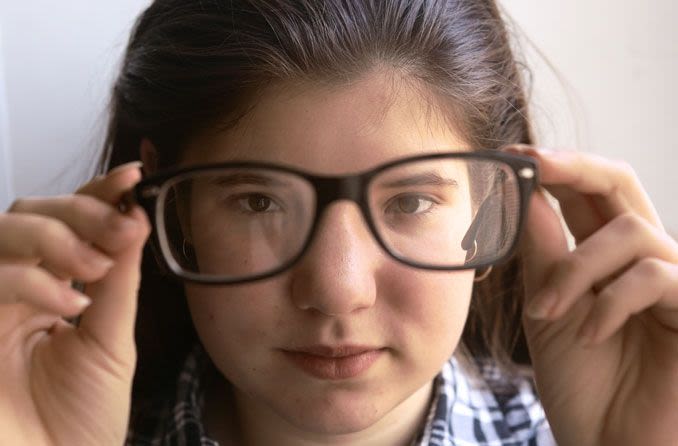 If your child has myopia (shortsightedness), you're probably wondering if there is a cure — or at least something that can be done to slow its progression so your child doesn't need stronger glasses year after year.

For years, optometrists, ophthalmologists and researchers have been wondering the same thing. And there's good news: A number of recent studies suggest it may indeed be possible to at least control myopia by slowing its progression during childhood and among teenagers.

Although an outright cure for shortsightedness has not been discovered, your optometrist can now offer a number of treatments that may be able to slow the progression of myopia.

These treatments can induce changes in the structure and focusing of the eye to reduce stress and fatigue associated with the development and progression of shortsightedness.

Why should you be interested in myopia control? Because slowing the progression of myopia may keep your child from developing high levels of shortsightedness that require thick, glasses and have been associated with serious eye problems later in life, such as early cataracts or even a detached retina.

Orthokeratology is the use of specially designed gas permeable contact lenses that are worn during sleep at night to temporarily correct shortsightedness and other vision problems so glasses and contact lenses aren't needed during waking hours.

Some optometrists also use "ortho-k" lenses to control myopia progression in children. Evidence suggests shortsighted kids who undergo several years of orthokeratology may end up with less myopia as adults, compared with children who wear glasses or regular contact lenses during the peak years for myopia progression.

Some optometrists refer to these lenses as "corneal reshaping lenses" or "corneal refractive therapy (CRT)" lenses rather than ortho-k lenses, though the lens designs may be similar.

A total of 92 shortsighted children completed the two-year study: 42 wore overnight ortho-k lenses and 50 wore conventional glasses during the day. The average age of children participating in the research was about 12 years at the beginning of the study, and children in both groups had essentially the same amount of pre-existing myopia (-2.57 D) and the same axial (front-to-back) eyeball length (24.7 mm).

In 2012, the same researchers published the results of a similar five-year study of 43 shortsighted children that showed wearing ortho-k contact lenses overnight suppressed axial elongation of the eye, compared with wearing conventional glasses for myopia correction. 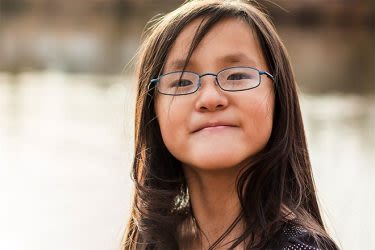 Kids do look cute in glasses! But with the proliferation of ortho-k and other myopia control techniques, fewer kids may need eyeglasses for myopia in the future.

In October 2012, researchers in Hong Kong published yet another study of the effect of ortho-k contact lenses on controlling myopia progression in children. A total of 78 shortsighted children ages 6 to 10 years at the onset of the investigation completed the two-year study.

Furthermore, as myopia control expert Jeffrey J. Walline, OD, PhD, from the Ohio State University College of Optometry pointed out in his analysis of the study published in the same issue of Investigative Ophthalmology & Visual Science, the benefit of slowed myopia progression from wearing the ortho-k lenses extended beyond the first year of myopia treatment.

Although this study did not include a control group that received no treatment to control myopia, the study authors mentioned that in similar studies the progression of shortsightedness among children wearing ortho-k lenses for myopia control was roughly half that of those who received no myopia control treatment over a two-year period.

Multifocal contacts are special lenses that have different powers in different zones of the lens to correct presbyopia as well as shortsightedness or longsightedness (with or without astigmatism).

Researchers and optometrists are finding that conventional or modified multifocal soft contact lenses are also effective tools for myopia control.

The study authors concluded that the results of this and previous myopia control studies indicate a need for a long-term, randomised clinical trial to further investigate the potential of multifocal soft contact lenses to control the progression of shortsightedness in children and thereby reduce risks associated with high myopia.

Nearly half of the global population may be shortsighted by 2050, researchers say

Researchers at the Brien Holden Vision Institute in Sydney, reviewed data from 145 studies and analysed the prevalence of myopia and high myopia among 2.1 million study participants. The group also data published since 1995 to estimate trends from 2000 to 2050.

An estimated 1.4 billion people worldwide were shortsighted in 2000. That's about 23 percent of the total global population. But by 2050, the researchers predict this figure will soar to 4.8 billion, afflicting 49.8 percent of the world's population.

Although the vision of most people with shortsightedness can be corrected with glasses and contact lenses, high levels of myopia increase the risk of eye diseases such as cataracts, glaucoma, retinal detachment and myopic macular degeneration — all of which can cause irreversible vision loss.

The report's authors concluded that the prevalence of high myopia is likely to increase seven-fold from 2000 to 2050, which would make myopia a leading cause of permanent blindness worldwide.

But in March 2014, researchers in Australia and China published the results of a three-year clinical trial that evaluated the progression of shortsightedness among 128 myopic children ages 8 to 13 years. All participants had experienced at least -0.50 D of myopia progression the year preceding the start of the study.

The best way to take advantage of methods to control myopia is to detect shortsightedness early.

Even if your child is not complaining of vision problems (shortsighted kids often are excellent students and have no visual complaints when reading or doing other schoolwork), it's important to schedule routine eye exams for your children, starting before they enter pre-school.

Early childhood eye tests are especially important if you or your spouse are shortsighted or your child's older siblings have myopia or other vision problems.

While it's true that myopia can also develop and progress in young adults, though this is less common. And it's possible that an adult's eyes may not respond to myopia control treatments the same way a child's eyes do. For these reasons, it's likely that most research on controlling myopia progression will continue to focus on shortsighted children rather than adults.

My opinion (and the opinion shared by most optometrists and vision researchers) is that these eye exercises do not cure myopia, are highly suspect, and are not supported by well-designed independent research. Buyer beware!