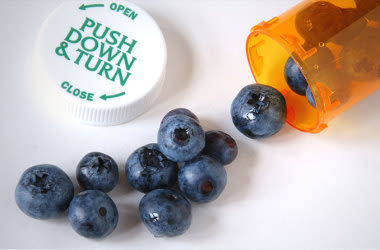 Currently, the only treatment for cataracts is surgical removal of the cloudy lens, which is typically then replaced with an intraocular lens (IOL) during the cataract surgery.

Although some research has produced conflicting results, eating a healthy diet rich in antioxidants and certain vitamins has been shown in several studies to be associated with a reduced risk of cataracts and their progression. 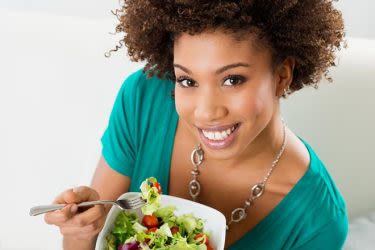 In the eye, oxidation affects proteins and fats in the lens to the extent that the lens becomes damaged and cloudy, creating a cataract. Preventing free radical damage with healthy foods, particularly those high in antioxidants, may help slow down this process.

People who consistently follow a healthy diet that includes colourful fruits, vegetables and whole grains may show a decreased risk of cataracts.

Consumption of fish, which is high in omega-3 fatty acids, has also been linked to potentially reduced risk of cataracts or their progression.

However, some other studies have failed to show an association between nutritional supplements and reduced risk of cataracts.

In two long-term Age-Related Eye Disease studies (AREDS and AREDS2) sponsored by the National Eye Institute in the US, neither study found use of daily multivitamin supplements containing vitamin C, vitamin E and zinc (with or without beta-carotene, lutein and zeaxanthin, and omega-3 fatty acids) prevented or slowed the progression of cataracts.

If your diet lacks key nutrients because you're not eating enough fruits and vegetables, it's wise to consider taking one or more daily nutritional supplements to make sure you are getting all the nutrients you need for optimum eye health.

Prior to embarking on a regime of eye vitamins and other nutritional supplements, consult your optometrist. In some cases, taking too much of a specific vitamin or nutrient could be harmful to your health.

Dark green and colourful fruits and vegetables are great sources of eye-friendly antioxidants. They also contain folic acid and calcium — important nutrients which may also help reduce the risk of cataracts and should be included in a healthy diet.

Reducing sodium in your diet is also a good idea, as researchers at the University of Sydney have found evidence that high salt intake may increase your risk for cataracts.

Giving up those greasy food, chips, and tasty sugary snacks and soft drinks may not be easy but it's worth it. Once you get used to eating delicious fruits and vegetables, fresh fish and other healthy foods, you won't miss junk food and your reward just might be both a healthy body and a lifetime of good vision.

In addition to wearing a wide-brimmed hat that shades your eyes from direct sunlight, consider these UV-protective eye-wear choices:

Polarised sunglasses provide 100 percent UV protection and are available in a wide variety of colours and shades.

Transitions-brand lenses and other photochromic lenses are clear indoors, darken automatically in sunlight, and provide 100 percent UV protection at all times.

Many soft contact lenses provide at least partial protection against UV rays entering the back of your eyes but UV-blocking contacts should be considered only supplemental defence against UV rays because they protect only the area of your eye covered by the lens. They don't protect the conjunctiva, sclera, or the eyelids from UV damage in the same way sunglasses or photochromic lenses do.

For the best choices in frame styles for UV-protective eye-wear, ask your optometrist for guidance.

How to boost your diet to protect ageing eyes