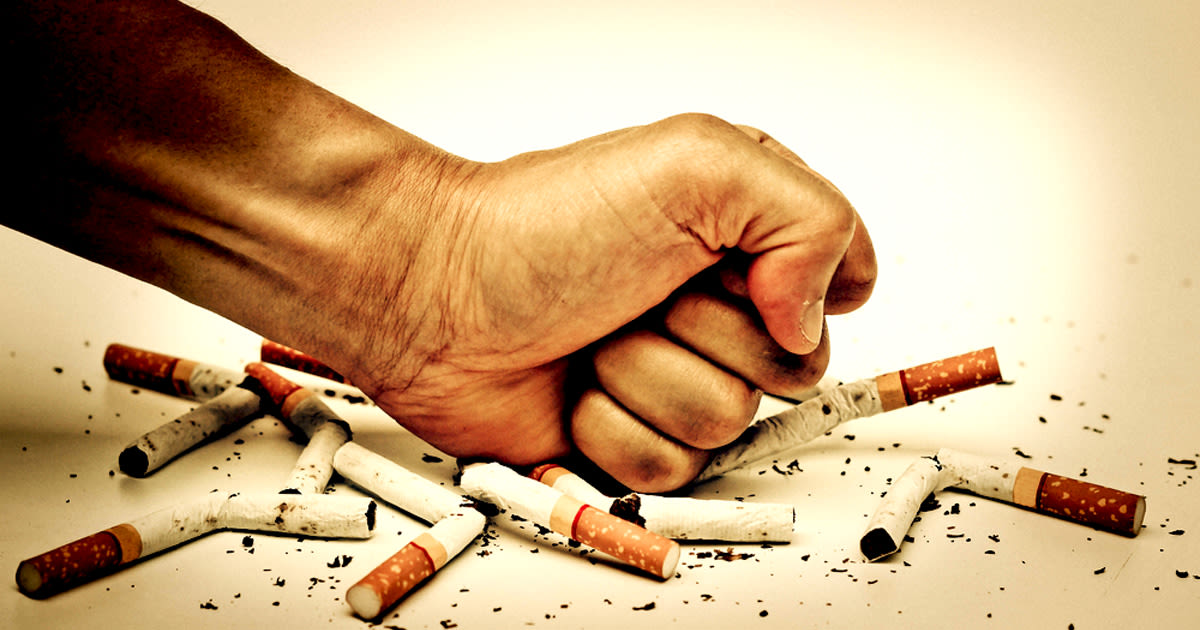 Smoking is the single largest preventable cause of disease and premature death in the UK and according to Cancer Research UK, 100,000 people die each year due to smoking-related causes. It harms nearly every organ in your body — including your eyes.

Adverse — and often fatal — health effects of cigarette smoking such as heart disease and cancer are all too familiar, but sight-threatening vision and eye problems generally are less well-known.

Here are more reasons you should kick the habit:

Cataracts (clouding of the eye's natural lens) are a leading cause of blindness in the world. In the UK about 1 in 3 people over the age of 65 have at least one cataract. Men and women are equally affected. It is thought that cataract surgery is the most common procedure carried out by the NHS.

Smokers significantly increase their risk of developing a cataract compared with non-smokers. In fact, studies show that people who smoke double their chance of forming cataracts, and the risk continues to increase the more you smoke.

Age-related macular degeneration (AMD) affects the centre of the retina, which is responsible for sharp, central vision needed for everyday tasks such as reading and driving.

Macular degeneration causes "blind spots" and often severely impairs central vision. In the UK it is believe that 600,000 people are affected by AMD but many more are said to be at risk.

Studies show smokers can have a three-fold increase in the risk of developing AMD compared with people who have never smoked. And female smokers over age 80 are 5.5 times more likely to develop AMD than non-smokers of the same age.

But it's not all bad news: because smoking is the biggest controllable risk factor associated with AMD, quitting smoking at any age, even later in life, can significantly reduce your risk of developing AMD.

Uveitis (inflammation of the eye's middle layer, or uvea) is a serious eye disease that can result in complete vision loss.

It harms vital structures of the eye, including the iris and retina, and can lead to complications such as cataract, glaucoma and retinal detachment.

Evidence shows smokers are more likely than non-smokers to have uveitis, and smoking appears linked to the development of uveitis. One study found smoking was associated with a 2.2 times greater than normal risk of having the condition.

Diabetic retinopathy damages the blood vessels of the retina and can result in vision loss.

Diabetic retinopathy is one of the leading causes of visual impairment and blindness in the UK, particularly among working age people.

Smoking may as much as double the risk of developing diabetes.

There also is a causal relationship between smoking and both the development and progression of diabetic retinopathy, in addition to numerous other diabetes complications.

Smokers are up to four times more likely to go blind in old age.

Dry eye syndrome describes insufficient tears on the eye's surface, which are needed to keep the eye lubricated and healthy. Sufferers of dry eye can experience eye redness, itchiness, a "foreign body" sensation and even watery eyes.

Tobacco smoke is a known eye irritant and worsens dry eye — even among second-hand smokers — particularly for contact lens wearers. People who smoke are nearly twice as likely to have dry eyes.

Women who smoke during pregnancy transmit dangerous toxins to the placenta, potentially harming the unborn child. Smoking while pregnant increases the chance of many foetal and infant eye disorders, among other serious health problems.

These include strabismus (crossed eyes) and underdevelopment of the optic nerve, which is a leading cause of blindness in children.

Also, women who smoke during pregnancy are more likely to give birth prematurely; all babies born prematurely are at greater risk of eye problems than full-term babies.

Vision problems of premature babies include retinopathy of prematurity, a potentially blinding disease.

Are You Ready To Quit?

It's never too late to quit smoking and enjoy the benefits of a healthier lifestyle and, ultimately, a healthier body. Quitting smoking at any age can reduce your risk of developing many sight-threatening eye conditions.

Visit www.nhs.uk/smokefree to get started, or see your doctor, who can recommend other methods to help you on your journey to a smoke-free life.

May 2016 — Australia implemented plain packaging for tobacco products in 2012. And starting this month, France, Ireland and the United Kingdom of Great Britain and Northern Island will require it as well.

The idea behind plain packaging is to reduce the appeal of cigarettes and other tobacco products by eliminating promotional images inside and outside the packages, as well as standardizing font styles, colours, shapes and materials.

The drab packaging is also supposed to increase the visibility of health warnings, such as the graphic images used in Australia to illustrate the vision loss, harm to unborn babies, extremity damage from vascular disease (caution: this is a very disturbing image) and other problems that can result from tobacco use. Also, the packaging is meant to eliminate any suggestion that some products are less harmful than others.

In Australia, the average smoking prevalence among people 14 years and older fell slightly between December 2012 and September 2015. Although the effect is small, it is expected to grow over time.

If you would like to learn more about the plain packaging program and the recommendations by the World Health Organization on implementing it, please click here to read the WHO brochure . — L.S.

A prospective study of cigarette smoking and risk of cataract in men. JAMA. August 1992.

A prospective study of cigarette smoking and risk of cataract in women. JAMA. August 1992.

Prevalence of age-related macular degeneration in the United States. Archives of Ophthalmology. April 2004.

Cigarette smoking as a risk factor for uveitis. Ophthalmology. March 2010.

Uveitis and smoking information presented at the 2009 annual meeting of the Association for Research in Vision and Ophthalmology.

Prevalence of and risk factors for dry eye syndrome. Archives of Ophthalmology. September 2000.