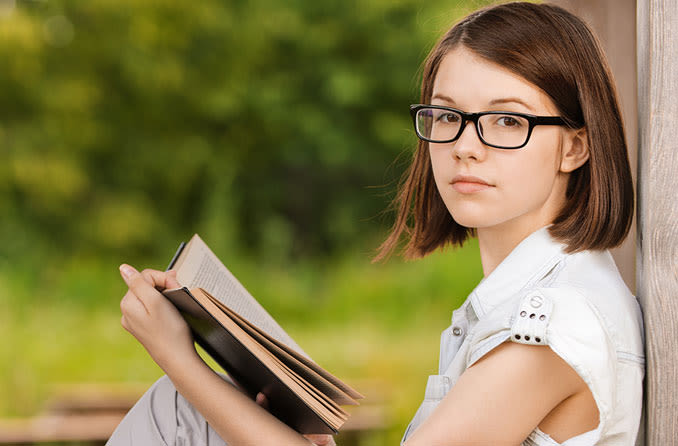 Are your child's eyes getting worse year after year?

Some children who develop myopia (nearsightedness) have a continual progression of their myopia throughout the school years, including high school.

And while the cost of annual eye exams and new glasses every year can be a financial strain for some families, the long-term risks associated with myopia progression can be even greater.

Myopia is one of the most common eye disorders in the world. The prevalence of myopia is about 30 to 40 percent among adults in Europe and the United States, and up to 80 percent or higher in several East Asian countries.

And it's estimated that by the year 2050, roughly half of the world's population will be nearsighted.

The severity of nearsightedness is often categorized like this:

Mild myopia typically does not increase a person's risk for eye health problems. But moderate and high myopia sometimes are associated with serious, vision-threatening side effects.

Adults with high myopia usually started getting nearsighted when they were young children, and their myopia progressed year after year.

Significant eye problems that can be associated with nearsightedness include:

The study authors concluded there is a strong relationship between myopia and glaucoma, and that nearsighted participants in the study had a two to three times greater risk of glaucoma than participants with no myopia.

Compared with participants who either had no myopia or were farsighted, those with high myopia had a 4.2 to 7.6 times greater odds of having glaucoma.

The best thing you can do to help slow the progression of your child's myopia is to schedule annual eye exams so your eye doctor can monitor how much and how fast his or her eyes are changing.

Often, children with myopia don't complain about their vision, so be sure to schedule annual exams even if they say their vision seems fine.

If your child's eyes are changing rapidly or regularly, ask your eye doctor about ortho-k contact lenses or other myopia control measures to slow the progression of nearsightedness.