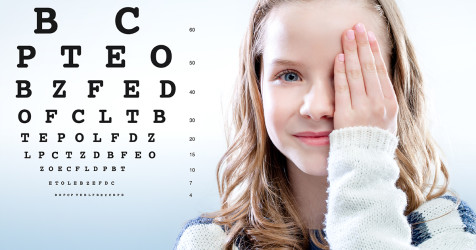 If you have an eye exam and are told you have 20/20 (or 6/6) vision, does this mean you have perfect eyesight?

To answer these questions, let's take a closer look at how opticians measure the quality of your vision.

Visual acuity is the clarity of your eyesight, measured by your ability to identify letters or numbers on a standardised eye chart from a specific viewing distance.

Although visual acuity testing is very useful to determine the relative clarity of your eyesight in standardised conditions, it isn't predictive of the quality of your vision in all situations.

FIND AN OPTICIAN: if you're worried about your vision, visit an optician near you.

The term "20/20" and similar fractions (such as 20/60, 20/40 etc.) are visual acuity measurements. They also are called Snellen fractions, named after Herman Snellen, the Dutch ophthalmologist who developed this eyesight measurement system in 1862.

In the Snellen visual acuity system, the top number of the Snellen fraction is the viewing distance between the patient and the eye chart. In the United States, this distance typically is 20 feet; in the UK it is 6 metres (therefore 20/20 is equal to 6/6).

At this testing distance, the size of the letters on one of the smaller lines near the bottom of the eye chart has been standardised to correspond to "normal" visual acuity — this is the "20/20 (6/6)" line. If you can identify the letters on this line but none smaller, you have normal 20/20 (6/6) visual acuity.

The single big "E" at the top of most Snellen eye charts corresponds to 20/200) visual acuity. If this is the smallest letter size you can discern with your best corrective lenses in front of your eyes, you are considered legally blind.

Yes, it's indeed possible to have sharper than 20/20 visual acuity. In fact, most people with young, healthy eyes are capable of identifying at least some of the letters on the 20/15 (6/5 in the UK) line or even smaller letters on the Snellen chart. 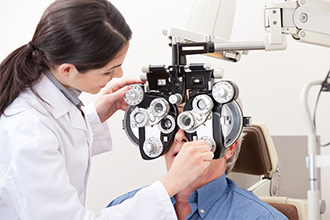 Another option might be custom wavefront LASIK. This personalised laser vision correction surgery can provide vision that is comparable to wearing rigid gas permeable contact lenses (which often is sharper than the visual acuity provided by glasses or soft contact lenses), without the hassle of the daily contact lens care.

To see as clearly and comfortably as possible, see an optician for an annual comprehensive eye exam and discuss the best possible vision correction options for your specific needs.