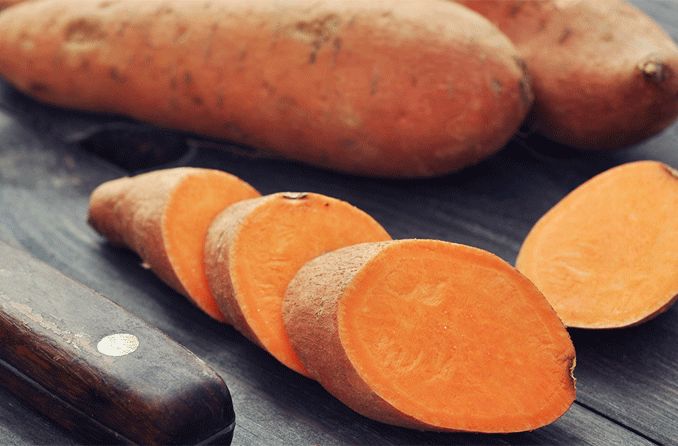 Does vitamin A do anything to help eyes and vision? Can a vitamin A deficiency cause blindness? Is it dangerous to consume too much vitamin A?

What Is vitamin A?

Vitamin A actually is a group of antioxidant compounds that play an important role in vision, bone growth and health of the immune system.

Vitamin A also helps the surface of the eye, mucous membranes and skin be effective barriers to bacteria and viruses, reducing the risk of eye infections, respiratory problems and other infectious diseases.

In general, there are two types of vitamin A, depending on the type of food source it comes from: 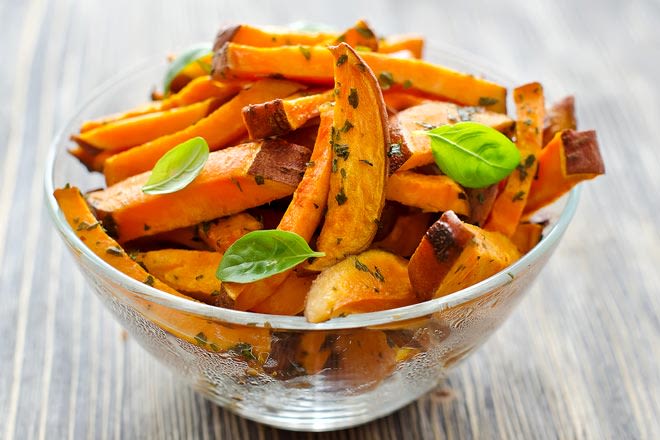 Sweet potatoes and carrots are excellent sources of provitamin A carotenoids that are good for your eyes.

Beta-carotene is one of the most prevalent and effective provitamin A carotenoids.

Because vitamin A helps protect the surface of the eye (cornea), it is essential for good vision.

Vitamin A — at least when in combination with other antioxidant vitamins — also appears to play a role in decreasing the risk of vision loss from macular degeneration.

In the landmark Age-Related Eye Disease Study (AREDS), people with mild or moderate macular degeneration who took a daily multivitamin that included vitamin A (as beta-carotene), vitamin C, vitamin E, zinc and copper had a 25% reduced risk of advanced macular degeneration during a six-year period.

It also appears that a combination of vitamin A and lutein may prolong vision in people suffering from retinitis pigmentosa (RP). A four-year study conducted by researchers from Harvard Medical School and research centers at other universities in the United States found that individuals with retinitis pigmentosa who took daily supplements of vitamin A (15,000 IU) and lutein (12 mg) had a slower loss of peripheral vision than those who did not take the combined supplements.

Because beta-carotene is converted into vitamin A in the body, it's likely this provitamin A offers similar eye benefits as the pre-formed retinol type of vitamin A, though more research is needed to confirm this.

Vitamin A deficiency is not uncommon among the poor in developing countries, with devastating effects. According to the World Health Organization (WHO), an estimated 250,000 to 500,000 vitamin A-deficient children become blind every year, with half of them dying within 12 months of losing their sight.

A lack of vitamin A causes the cornea to become very dry, leading to clouding of the front of the eye, corneal ulcers and vision loss. Vitamin A deficiency also causes damage to the retina that can lead to blindness.

Because vitamin A also is important for resistance to infection and a healthy immune system, vitamin A deficiency can lead to death from respiratory and other infections.

SEE RELATED: How to choose eye and vision supplements

In most cases, it is better to obtain vitamins and minerals from a healthy, balanced diet rather than from vitamin supplements.

Excellent dietary sources of vitamin A and beta-carotene include:

Vitamin A that comes from animal food sources is not water-soluble and therefore is not readily excreted from the body. Instead, it is stored in body fat and, if ingested in excess amounts, can build up in the body and become toxic.

Beta-carotene and other provitamin A carotenoids found in fruits and vegetables don't pose the same vitamin A toxicity risk. These compounds are water-soluble and are easily eliminated from the body, so vitamin A toxicity from vegetarian food sources is rare.

According to the U.S. Institute of Medicine, the Tolerable Upper Intake Level (UL) of preformed vitamin A is 3,000 micrograms/day (more than 4 times the median daily intake of retinol activity equivalents (RAE) among American adults, which is about 700 micrograms/day).