Is being short sighted genetic? 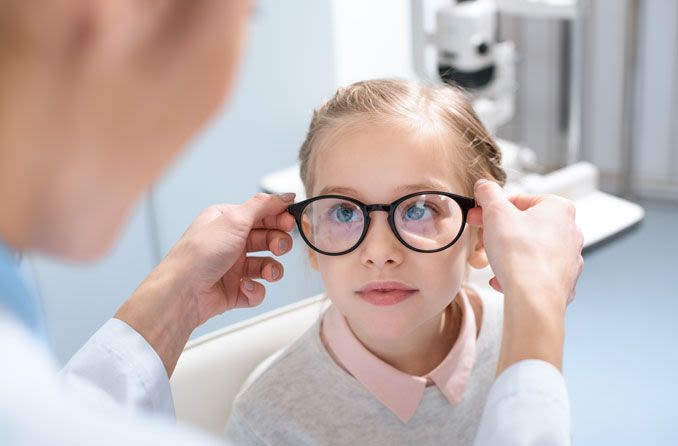 No one knows for sure exactly what causes short sightedness. But there’s ample evidence that inherited characteristics play a significant role.

As the name implies, shortsighted people can see clearly up close but have difficulty seeing objects that are farther away. Also called myopia, short sightedness is a refractive error, not an eye disease.

Generally, short sightedness occurs because the eyeball grows too long, so light doesn’t come to a clear focus on the retina. But why this happens to some people and not others is still not fully understood.

Recently, researchers gathered data from more than 250,000 individuals from Europe, Asia and North America to evaluate the influence of genetics on short sightedness. From this study, they were able to identify 161 genetic factors associated with myopia, most of which were previously unknown.

And while each of these myopia-prone genes has only a small influence on the risk of becoming shortsighted, individuals who carry a large number of them have up to 10 times the risk of short sightedness compared with others who don't have them.

Heredity alone, however, doesn't account fully for the dramatic increase in the prevalence of myopia worldwide in recent decades. According to the Brien Holden Vision Institute in Australia, approximately 30 percent of the global population currently is shortsighted. In some East Asian countries, 80 percent or more of their residents are shortsighted.

And if current trends continue, it's predicted that more than half the world's population will be shortsighted by 2050.

SEE RELATED: Myopia causes: Is your child at risk?

Environmental factors also appear to play a role in the development of short sightedness. For example, long hours spent reading or focusing on computer screens, tablets and smartphones is believed to increase the risk of short sightedness and myopia progression among children.

Another contributing factor is believed to be spending less time outdoors. Sunlight stimulates production of the neurotransmitter dopamine, which is a factor in elongation of the eyes. The theory is that more sun exposure means more dopamine production, less elongation of the eyeballs and a reduced likelihood of developing shortsightedness.

Myopia usually begins during childhood and can worsen year after year until early adulthood. And often, children who are becoming shortsighted aren't aware their vision is declining.

To monitor your child's vision, schedule an eye exam at the beginning of each school year with an optician near you.