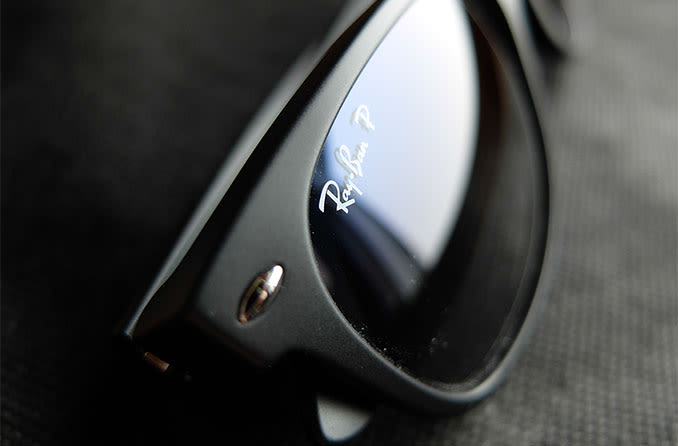 Wayfarer sunglasses evoke a modest, understated style with dark lenses and plastic frames. They’ve shaded the eyes of movie idols, rock stars, politicians and mere mortals (you know, the rest of us) for more than 60 years.

Wearing Wayfarers tells the world you’ve seen it all and have nothing to prove. You’re cool with the classics. Or, you’re just cool in general.

In this ultimate guide, we’ll walk you through the fundamentals of Wayfarer sunglasses — why you should wear them, what they look like, where they came from, how they should fit your face and more.

Why you should choose Wayfarers

Why pick Wayfarer sunglasses when you have hundreds of styles to choose from? For starters, think about what they aren’t.

Wayfarers aren’t athletic. They don’t have wraparound frames for sports like golf and bicycle racing. They’re not flashy, big or boxy, so they don’t draw attention to themselves.

Wayfarers are a fashion statement. Yes, they go well with most outfits, skin tones and face shapes. They also say you like to keep things simple — but always stylish.

READY TO SHOP FOR WAYFARERS? Find an optical store near you.

The Wayfarer is essentially the standard plastic-framed sunglass shape. It has a horizontal bar that rests at the top of the nose, with rounded lens frames. The top corners of the frame jut out a bit. They’re mostly flat in the front and do not curve to the contours of the face.

If you’ve seen the 1980s classic films “Risky Business” or “The Blues Brothers,” you’ve seen Wayfarers. They made All-American Tom Cruise look slightly shifty and Dan Aykroyd and John Belushi look like pale-faced bluesmen on a Mission from God.

Wayfarers started out as a distinct model from a specific company (more on that below), but they’ve become so popular that imitators have cropped up everywhere.

A brief history of the Wayfarer

Bausch + Lomb, a U.S. eyeglass manufacturer, introduced the Ray-Ban sunglasses brand in the late 1930s. One of their designers invented the Wayfarer with all-plastic frames in the early 1950s.

By the middle of the decade, Wayfarers started showing up on the faces of people like James Dean in the classic film “Rebel without a Cause.”

Soon, the Wayfarer became the first sunglasses variety to meld style and functionality. All sunglasses do the same thing, but the Wayfarer made choosing shades a declaration of fashion consciousness.

It didn’t take long for other eyeglass companies to bring their own Wayfarer imitators to the market. President John F. Kennedy, for instance, was photographed many times wearing sunglasses that shared the signature Wayfarer form but were made by another company.

American pop culture reached Peak Wayfarer in the 1980s, when Ray-Ban paid a product-placement company to feature the frames in popular movies and TV shows. U.S. sales skyrocketed from less than 20,000 frames in 1980 to more than 1.5 million in 1987.

Bausch + Lomb sold the Ray-Ban brand to Italian eyewear manufacturer Luxottica in 1999. Since then, Ray-Ban has tweaked and reshaped the Wayfarer to suit modern tastes, but Ray-Ban hasn’t changed the Wayfarer’s essential fashion mission.

The right Wayfarer shape and colour for you

Wayfarers look best if they fit the shape of your face and complement the tones of your skin, eyes and hair. All About Vision’s guide to face shape and skin tone notes that humans have seven essential facial shapes: oval, heart-shaped, oblong, square, diamond, round and base-down triangle.

The basic shape of the Wayfarer is a horizontal rectangle. It’s an especially good fit for:

Note that Wayfarers come in so many sizes and shapes these days that they can work with pretty much any facial shape. It all comes down to how they look on your face.

Wayfarers shouldn’t seem too large or out of proportion, but they shouldn’t look too narrow, either. It’s all about finding the right balance.

You also want to pair your frame colour with the tone of your skin, eyes and hair. A lot depends on whether your hues are warm or cool.

If you have a firm handle on the warmth or coolness of your eyes, hair and skin, you stand a better chance of finding a Wayfarer frame that won’t clash.

Just bear in mind that bright colours like white, yellow and green will stand out and draw attention to your frames — which can defeat the purpose of the Wayfarer’s understated vibe.

Basic black, by contrast, is neutral and goes with pretty much everything.

Should you buy genuine Ray-Ban Wayfarers?

Ray-Ban brought Wayfarers into the world and keeps the style thriving to this day. Bear in mind this is a premium brand — well-built to exacting standards. Thus, genuine Ray-Ban Wayfarers cost more than their countless imitators in the world of cheap sunglasses.

Genuine Ray-Ban Wayfarers always have metal hinges and the letters “RB” etched into one of the lenses. Fake Wayfarers often get these details wrong.

Indeed, there’s always a risk of buying a fake when you want the real thing. The best way to ensure you’re getting authentic Ray-Ban Wayfarers is to buy from a reputable retailer (in-store or online).

Of course, there’s nothing wrong with buying Wayfarer-style sunglasses from another manufacturer that best match your face, tones and budget. You can still declare your allegiance to the cool, laid-back Wayfarer vibe.

KNOW WHAT YOU’RE LOOKING FOR? Find an optical store near you and start shopping.

Does your baby need sunglasses?

Non-prescription sunglasses: What to know before buying