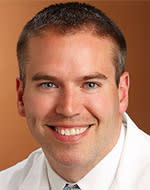 He earned his medical degree with honors at Mayo Medical School in Rochester, Minn., and completed his internship at the Mayo Clinic in Scottsdale, Ariz. and his ophthalmology residency at Duke University. At Duke he was named Best Resident and was a first-place winner of the Resident Writers Award.

Dr. Berdahl also completed a fellowship in cornea and glaucoma at Minnesota Eye Consultants. And he received the Claes Dohlman Award from Harvard University, which is given to the top cornea fellow in the nation.

He has published many book chapters and peer-reviewed articles, and his research has been presented at conferences around the world. He has been on the editorial boards of and served as a reviewer for several ophthalmic journals.

He has served on the Executive Committee of EyeCare America, which provides free eye care to people in need. He also makes surgical mission trips for underserved people in other countries.