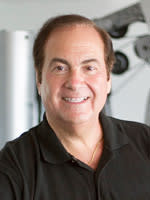 As director of the Institute for Sports Vision in Ridgefield, Conn. and founder of Sports Performance Centers of America, Dr. Teig works with a multidisciplinary network of sports medicine experts.

For more than 25 years, Dr. Teig has been a recognized leader in sports vision and visual-motor performance training. He and his associates have provided specialized vision training for several major league baseball teams, NBA basketball teams, NFL football teams and NHL hockey clubs. Dr. Teig also has helped enhance the vision of many professional golfers, tennis pros, Olympic athletes and members of the Joffrey Ballet.

Dr. Teig's many activities and honors include:

Dr. Teig has authored numerous articles on the relationship of vision to improved athletic performance. He has lectured throughout the world on this topic and has originated much of the equipment and techniques being used in the field today.

As a sports vision specialist, Dr. Teig has appeared on several network television and radio programs, including featured segments of The Today Show, Dateline NBC, ESPN Sports Center, The View and programs on HBO. He has also hosted and contributed to sports segments on New York's all-sports radio station, WFAN, earning him the nickname of "Doctor Jock."