How smoke from bushfires affects your vision 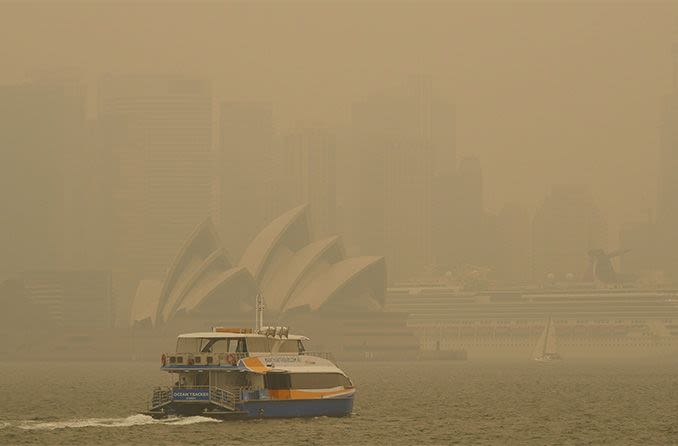 Walking home in January this year Robyn Matthews saw the smoky haze from the bushfires that ravaged Australia's east coast. She also felt the impact of the bushfire smoke.

Matthews’ throat itched, she experienced exhaustion, a possible by product of breathing the noxious gases in the smoke, plus she had to cope with watery, itchy eyes.

“I have dry eye syndrome, so I was affected by the smoke haze,” says Matthews, a brand and marketing manager who lives in Sydney.

“It wasn't that dramatic compared to all the people that lost homes, but living in the toxic air did have its effects,” she added.

During the horrific 2019 / 2020 bushfire season, Matthews and thousands of her Sydney neighbours struggled with vision problems as a result of the smoky, toxic air. In particular, bushfires generate carbon and dust particles that irritate your eyes, according to the Royal Australian and New Zealand College of Ophthalmologists (RANZCO).

According to the RANZCO document “When Smoke Gets in Your Eyes” common symptoms of eye irritation triggered by bushfire smoke include: pain, discomfort, redness and watering of the eyes. burning, itching, grittiness, temporarily blurred vision, and aggravation of dry eye and allergy conditions.

“We saw in both ophthalmology and optometric practices, a huge number of people coming in with very sore eyes and it’s mainly because of all the particulate matter.” says Dr.Gerard Sutton, the Sydney Medical School Foundation Professor of Corneal and Refractive Surgery and Medical Director of the Lions NSW Eye Bank.  in an interview earlier this year on radio MMM Goldfields.

How to protect your eyes from smoke 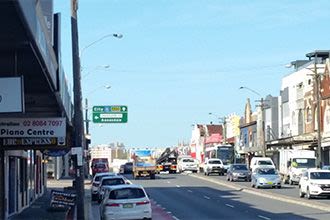 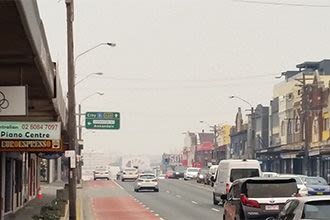 The Australian Medical Association, RANZCO and Optometry Australia all published tips on how to protect your eyes, with some early fires already sending plumes of smoke into the air it's a timely reminder. The tips include:

Smoke’s effects can linger after fires are out

Don’t overlook the fact that even when the smoke has cleared, barely visible ash and dust can remain in the air for up to two weeks after a bushfire has been extinguished, according to Optometry Australia.

Also, keep in mind that eye irritation is a comparatively minor inconvenience when you consider the devastation of the fires.

By the time the fires were extinguished in early March 2020 the blazes, that occurred in just about every state and territory of Australia, had scorched more than 18,600,000 hectares, (46 million acres) damaged or destroyed 5,900 structures including 2,779 homes, and killed thirty four people. An estimated 1 billion animals perished. As of 7 January 2020 the smoke had drifted more than 11,000 kilometres across the South Pacific reaching Chile and Argentina.

COVID arrived in mid March not allowing a break from the trauma. As 2020 draws to a close, Aussies are hoping there won't be a repeat of last summer.