Milia: How to get rid of mila, the white spot on your eyelid 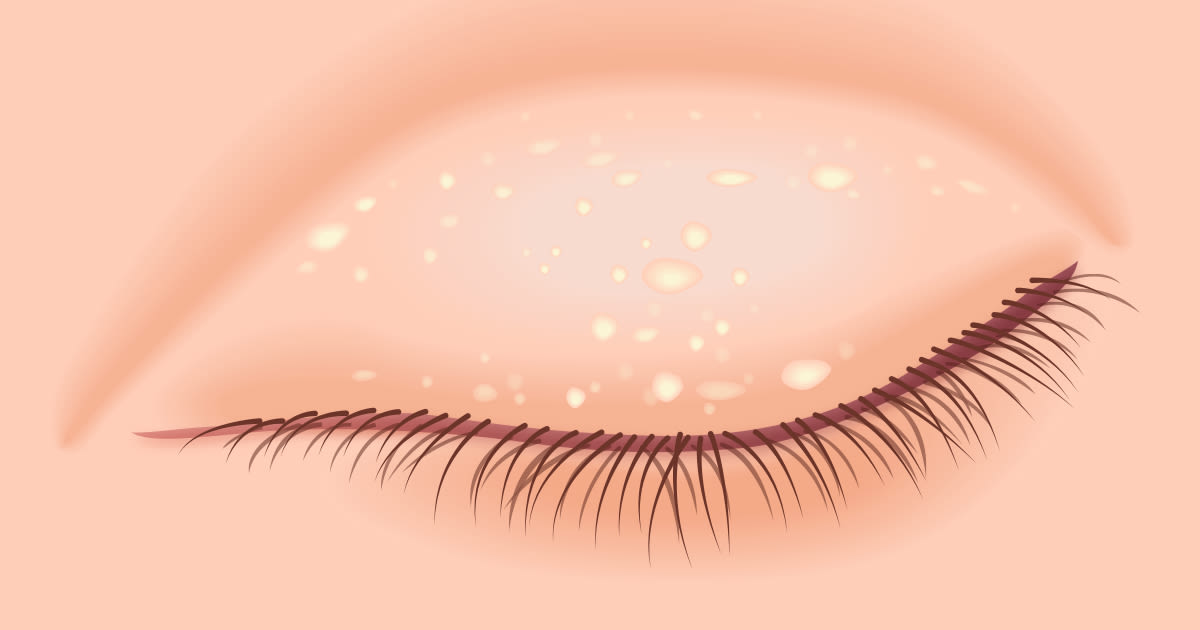 Milia are tiny bumps that occur under the outer skin layer of the eyelid, around the eyes and nose, and on the chin or cheeks.

Sometimes called "milk spots" or "oil seeds," these pearly white or yellowish cysts often appear in clusters and may be on large areas of the face.

Milia occur most commonly in babies. In fact, they are found in nearly half of full-term newborns. However, teens and adults also can be affected by milia.

Milia develop when dead skin cells or keratin (a protein found in skin and hair) get trapped under the surface of the skin, forming a raised bump that looks similar to a small white pimple.

Why this happens is not fully understood, but it is not the same as acne, which is usually triggered by hormones and, unlike milia, causes inflammation.

Sun damage can be a contributing factor for milia because it makes skin rough and leathery, so it's more difficult for dead cells to rise to the skin's surface and shed normally.

Milia also are associated with other kinds of skin damage — from an injury, medication or illness. These less common forms are called secondary milia.

Sometimes, milia will eventually disappear without treatment; but they also can become persistent and stick around unless steps are taken to remove them.

How to get rid of milia

Milia are not painful, do not cause scarring and often go away by themselves. For these reasons, no treatment is required in many cases.

Milia occurring in newborns (neonatal milia) typically resolve on their own within a few weeks. Primary milia affecting older children and adults can either disappear within a few weeks or months, or they can persist longer.

Milia occurring under the eyes can be especially unlikely to resolve spontaneously. To remove these surgically, see a dermatologist or an ophthalmologist who specialises in ocular plastic surgery (including milia treatment). Stitches are not needed when milia are surgically removed.

Other strategies that may be used for milia treatment include chemical peels, laser ablation, cryotherapy (freezing) and diathermy (heat therapy).

Milia occurring on the face (for example, on the cheeks, chin or alongside the nose) often can be safely removed at home using a sterilised needle, lancet or comedone extractor.

Comedones (plural of comedo) are plugged, often infected oil glands — also called blackheads and whiteheads — that are the primary signs of acne.

A comedone extractor is a hand-held, pencil-shaped skin care tool that often has a sharp lancet on one end and a rounded extractor on the other end to treat acne lesions and milia.

Care should be taken to prevent infection by cleaning and disinfecting a comedone extractor with isopropyl alcohol before use for milia treatment.

And though it may be safe and effective to get rid of facial milia with a comedone extractor, do not attempt to remove milia from your eyelids or near your eyes. Treatment of milia near the eyes should be performed only by an ophthalmologist or optometrist.